England’s Test captain, Ben Stokes has expressed his displeasure regarding the hectic international schedule. With so many T20 Leagues coming up, cricketers featuring in all formats are left with very little or no rest in between. Noting the same, the all-rounder also went out to point out how senseless the ODI series between Australia and England was as it took place right after the T20 World Cup down under.

England suffered a whitewash in the three-match ODI series even though the fans did not turn up to watch the marquee teams lock horns. Stokes reckoned that the scheduling of international cricket should witness a revamp given the amount of cricket that is being played currently.

During a recent chat with Ian Botham on BBC, Ben Stokes said, “The scheduling doesn’t get enough attention that it should. A great example is England’s one-day series against Australia after the T20 World Cup. That was shoving three games in there. It made sense to someone to schedule a series that meant nothing. Some people say ‘you are playing for England, that should be enough’.”

Ben Stokes recently led England to a historic 3-0 clean sweep on the Pakistan tour playing some extremely aggressive cricket named ‘BazBall’. However, the all-rounder is not happy with the fact Test cricket is not being talked up highly thanks to the T20 and T10 leagues that have emerged.

Describing the same, Ben Stokes said, “Test cricket has been spoken about in a way I don’t like. It is losing the attention of the fans with all the new formats and franchise competitions. We understand there are so many opportunities for players away from Test cricket. But for me, it is so important for the game. I love playing Test cricket and felt we could do something different.”

He further added, “Taking the result away from the mindset is a great starting point. Putting focus on making every day entertaining. Not allowing people to know what is going to happen. If people turn up excited about what they are going to watch you’ve already won before a ball has been bowled.” 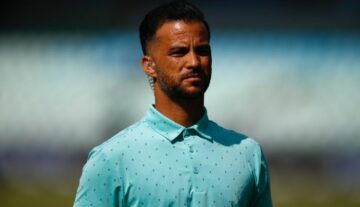