England all-rounder Ben Stokes wrote a new book named ‘On Fire’. The book will be published by Headline Books and distributed by Hachette India. In the same, The World Cup-winning all-rounder has analyzed each of England’s games in the World Cup. Few of Stokes’s comments in his book have created an online stir. The all-rounder is seen questioning India’s batting approach during their World Cup match against England in 2019.

Ben Stokes writes in his book that India lost to England deliberately to remove Pakistan from world Cup 19 and we predicted it Pakistan India relationship @TheRealPCB @TheRealPCBMedia pic.twitter.com/ioqFSHeeg1

When a fan raised the same question once again, Stokes denied the allegations. He responded with, “You won’t find it cause I have never said it… it’s called “twisting of words” or “clickbait”.

You won’t find it cause I have never said it… it’s called “twisting of words” or “click bait” 🤷‍♂️ https://t.co/uIUYXVaxLB

In the book, Stokes reveals how baffled he was at India’s approach when they were Chasing England’s score at Birhgha m at the World Cup last year. He comments on  Virat Kohli and Rohit Sharma’s approach “mystifying”. The all-rounder also felt that there was “no intent” from MS Dhoni during the run chase. England registered a comprehensive win of 31 runs against India who failed to chase England’s of 337.

A few lines for Stokes’ yet to be published book quote, “Arguably, the way MS Dhoni played when he came in with 112 runs needed from 11 overs was even stranger. He appeared more intent on singles than sixes. Even with a dozen balls remaining, India could still have won….there was little or no intent from him (Dhoni) or his partner Kedar Jadhav. To me, while victory is still possible you always go for broke.”

Stokes also commented it the book adding, ” The way Rohit Sharma and Virat Kohli played was mystifying. I know that we bowled brilliantly well but the way they batted just seemed bizarre.”

“They allowed their team to get so far behind the game. They showed no desire to put any pressure back onto our team. Content instead to just drift along, a tactic that was clearly playing into our hands,” Stokes wrote. 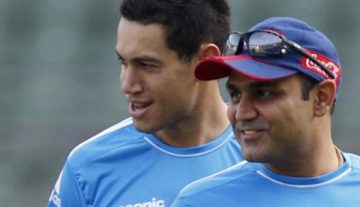