Both Faf du Plessis and Joe Root praised Ben Stokes ahead of the third Test between South Africa and England.  Stokes, the man of the match when England won the four-match series with a 189-run win in the second Test in Cape Town, was named the world’s best player by the International Cricket Council on Tuesday. They are expecting Stokes to be a key player in a pivotal match in the series.

“It was very well-deserved,” said South African captain Du Plessis. “He’s had a fantastic season where he played big moments really well. That’s when you really want to judge cricketers, when it really matters, and that’s why he has been so successful over the last year. He’s single-handedly won so many games for England.”

Du Plessis said , “He plays a big role, whether his team does well or not. For us, he is guy that we need to keep quiet because he’s that sort of player that takes the game away from you when he gets in, similar to what Quinton de Kock does for us.”

Unlike wicketkeeper-batsman Quinton de Kock, Stokes has a strong bowling option. “He’s got a big tank,” said Du Plessis. “He bowls many overs and tries 150 percent.”

England captain Joe Root further added: “It’s hard to say any more superlatives. It’s the right decision, obviously. It couldn’t really be anyone else the way he’s performed all year, across the formats. It’s just been fantastic to be a part of the same team. He’s affected games across all three formats. In my opinion he’s definitely the number one player in the world at the moment.”

“It’s been hot the last few days. You need hot and dry weather for reverse swing but there’s talk of some rain on days three and four so that could affect it.”

Unlike Du Plessis, Root shared that he would go with the same playing side.

“I’m pretty happy with the balance of our team,” he said. “We need to use today’s session to make sure going into a five-day game that they can stand up to it.” 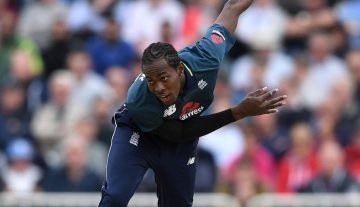