The Indian bowling coach Bharat Arun said that Mohammed Siraj has lots of hunger and a steely resolve to get better at his bowling and it was evident from the day he first saw him as a net bowler at Royal Challengers Bangalore (RCB). Siraj made his Test debut last month when India took on Australia in a four-match Test series and finished as the highest wicket-taker from the country with a tally of 13 wickets in 3 Tests.

Speaking to Ravichandran Ashwin on the off-spinner’s YouTube show, Bharat Arun said, “Siraj has the hunger and determination. He has lots of it. When I was the RCB coach, he came as a net bowler. When I joined as Hyderabad coach, I called Siraj and he was not in the probables. I called him and he said, “I was not selected but I am ready to give it my all”. I thought his aggression was a one-time affair during his stint as a net bowler.”

ALSO READ: Player Auction For The IPL 2021 To Take Place On February 18

Bharat Arun revealed that Mohammed Siraj responds with a smile whenever he shouts at him for not executing the bowling plans. The India bowling coach said he was elated for Siraj after his performances in Australia.

Describing the same, Bharat Arun said, “But sometimes he strays off-plan and when that happens, I shout at him, in the sense, not to hurt him but to help him understand. He likes being scolded by me. He played limited-overs matches for India on and off. But his self-confidence is his biggest strength and success factor. He has had a humble beginning and he has a steely resolve to come up in life.”

ALSO READ: Sourav Ganguly To Be Admitted To Hospital Again After Chest Pains?

Siraj made his Test debut in India’s 8-wicket win at the MCG and went on to lead the pace attack in the 4th and final Test at the Gabba, Brisbane as India fielded a second-string bowling attack after a series of injuries to Jasprit Bumrah, Umesh Yadav, and R Ashwin. 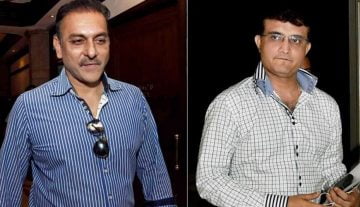