The veteran Indian fast bowler, Bhuvneshwar Kumar has been detected with a sports hernia and he will now be missing ongoing ODI series against the West Indies and next year’s tour to New Zealand. According to the recent reports of the Times of India, some more details about the nature of the injury and how it went undetected, have now been emerged.

Bhuvneshwar was made to go through three different scans at a private hospital in Bangalore while recovering at the NCA, but the staff failed to detect it. Despite being in severe pain, he was declared fit for play.

Describing the same, one of the sources of TOI said, “It took the physiotherapist of the Indian team no time to come up with the correct diagnosis. He is in such bad shape right now that forget four overs, he can’t even bowl one. How could a player who is clearly not in shape to be on the field, and who requires surgery, be rushed into the team?”

The report further stated, BCCI has all the medical records of Bhuvneshwar and the matter could be discussed with the board’s president Sourav Ganguly and NCA director Rahul Dravid. Bhuvi has made to go through different scans at YOS Healthcare, a private sports medicine clinic in Bangalore.

The source also added, “Credit has to go to the team support staff that helped detect this in no time. Bhuvi could play a vital role in India’s T20 campaign. Thankfully there is time for him to recover fully and get some matches under the belt during the IPL.”

The entire process has left Bhuvneshwar in a difficult situation, and people close to the bowler reveal that he would never depend on the NCA. In fact, he has conveyed the same to team management.

Talking about the same, the source said, “You have to look at it from his point of view. He is terrified. Imagine, had he continued playing. At some point, there’d have been a complete breakdown. We sincerely hope the president and the secretary will get to the bottom of this matter.” 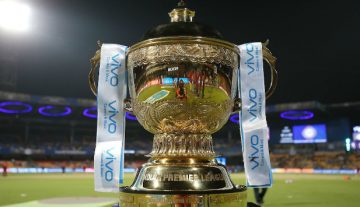