In the T20 format of cricket,  the game changes with the constant levity of an ocean current, the IPL has observed more than expected bunch of scuffles over the years. The money and insanity that surrounds the cash-rich tournament only serve to strengthen and sustain the ego of players. In this piece, we look at some of the most interesting clashes that exploded in the heat of the battle.

These are occurrences that held a speculum to the resilient character of the people concerned, just as much as they endeavored us undiluted entertainment, real-time and spontaneous.

This one is from the very first season of IPL. KKR’s batsman Sourav Ganguly was thought to have been caught by Graeme Smith at deep midwicket. The former Indian skipper though was not satisfied at all and he ended up forcing the umpires to ask for a replay.

Ganguly’s actions had already provoked RR’s skipper Shane Warne and the when third umpire Asad Rauf could not offer a definitive verdict, the Aussie just lost it completely. Ultimately, Ganguly dismissed in the next over to an abrupt send-off and Rajasthan Royals won the match. But Warne carried on his trade into the media to express his displeasure with the KKR captain.

In the media interaction, Warne said, “If an international captain like Graeme Smith caught it and said it was a clean catch and Rudi Koertzen said he caught it. And anyway, the players aren’t allowed to ask for the umpire. But Sourav asked the Indian umpire to go to the TV replay. That’s not in the spirit of the game so I was very, very disappointed with Sourav.”

The match referee Farokh Engineer, imposed a fine of 10% match fee from both Ganguly and Warne for their acts – the former for a level 1 offense and the latter was found to breach the section 1.7 of the code, related to “public criticism of, or inappropriate comment on, a match-related incident or official”.

Unexpectedly, even the on-field umpire Pratap Kumar wasn’t forgiven. He was suspended for a match on grounds of referring a decision without satisfactory reason, making him the second umpire to have been punished in the 2008 IPL after Amiesh Saheba. 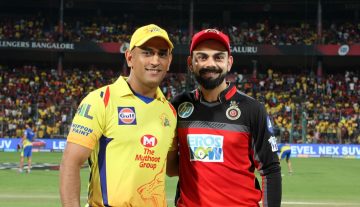