Former Australian spinner Brad Hogg has stated that Hardik Pandya is the best captain in the Indian Premier League (IPL) 2022 so far. He has led Gujarat Titans (GT) to the top of the points table in the mid-way. However, Pandya made his debut as a captain in IPL 2022 with a win over Lucknow Super Giants (LSG), and they have been doing well since then.

While talking about Pandya and believing he could potentially lead the India team in the limited-overs series in the future, Hogg said on his YouTube channel: “If you have got a dominant bowling attack, you are bringing the cream to the top. Gujarat Titans are led well by Hardik Pandya. Now, I think he has been the best captain in IPL 2022 so far.”

Hogg continued: “I won’t be surprised if he leads India in white-ball cricket in two years’ time. He is the leader; he takes the bull by its horns. When the pressure is on, he wants to be out there in the moment and take it on.” 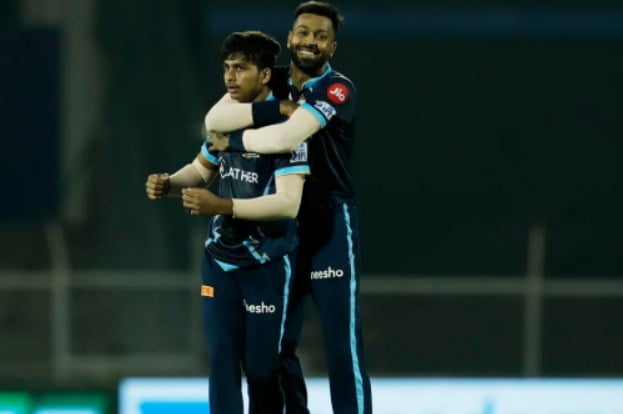 Hardik Pandya has played a brilliant all-rounder’s role to perfection in the ongoing tournament as well. Promoting himself to No. 4, he has been doing well with the bat and has also bowled his full quota of overs consistently too as well. He has scored 228 runs and four wickets at an economy rate of 7.57 in five games so far as well. However, the Gujarat Titans will take on Kolkata Knight Riders (KKR) in their next match at the DY Patil Stadium on April 23 (Saturday).

Applauding Hardik Pandya for taking up responsibility, Hogg said: “He will give himself the ball when the game is on the line, and he is up against the best batter in the opposition team. He won’t leave it to anyone else even though he has got the best bowling attack in the league in Shami, Ferguson, Alzarri, and then you’ve got Dayal. The left-arm bowler (Yash Dayal) complements the bowling attack well; the opposition attacks will go after him, and he will pick a lot of wickets later on in the tournament.”