It was Kraigg Brathwaite’s putting his back into the innings and adverse weather conditions which saw West Indies coming out of the controversial second Test match. Had the weather not favored the local team, there were enough chances of Sri Lanka squaring the three-match series 1-1.

The visitors resumed their day at 334-8. Their hopes of adding some useful runs with their lower order were brought to a halt by Shannon Gabriel who ended up picking match figures of 13-121 (Best match figures by a West Indian Test player in the Caribbean) and his career best bowling figures of 20.4-6-62-8. The numbers are evidence enough as to why he was adjourned as the ‘Man of the Match’. 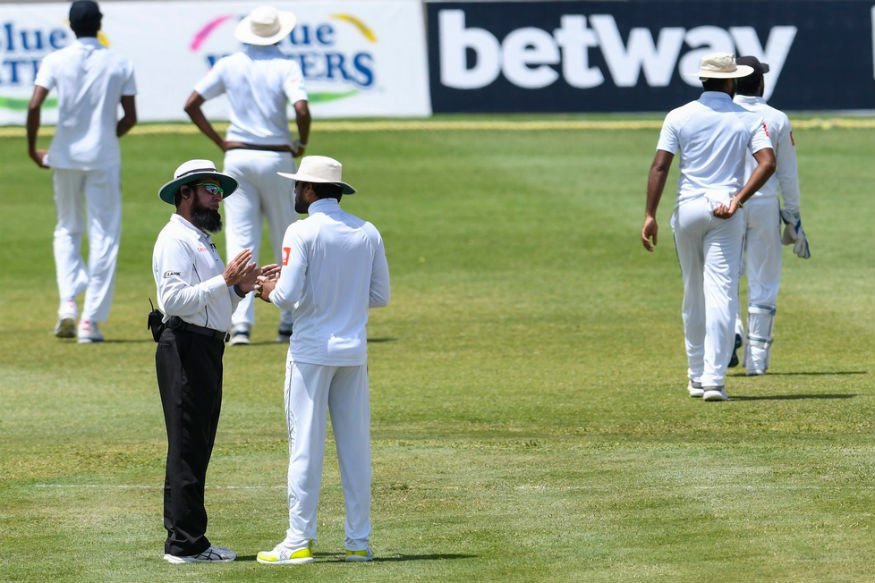 In their second innings, Sri Lanka ended up scoring 342-10 in 91.4 overs. The hosts were set a target of 296 runs to win the match. At this point in time, all three results were possible in the match. However, continuous rains wasted a lot of time which meant that the match would end in a draw.

Debutant Kasun Rajitha, who shared the new ball alongside Suranga Lakmal, drew first blood for the Sri Lankans as he dismissed Devon Smith (1) and Kieron Powell (2) in his second over itself. In a bid to all-out the opposition, this was the best possible start for the Sri Lankans.

Lahiru Kumara’s nasty blow to Shai Hope in the 13th oversaw the West Indian batsman struggling in pain and eventually retiring hurt. Fall of wickets at regular intervals saw the match heading towards an enthralling end. West Indies’ middle-order failed to cope-up with the pressure. Had there been no rains, there were chances that they would have conceded defeat in the match.

Opener Brathwaite displayed grit and determination, holding one end intact. He remained unbeaten on 59* (172) at Stumps. His innings comprised of six fours. For Sri Lanka, apart from Rajitha, Lakmal picked up two wickets and Akila Dananajaya picked up a solitary wicket of Shane Dowrich. 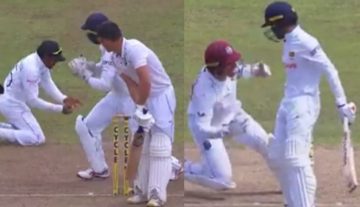