The everlasting memory from the first ever IPL is that of Brendon McCullum smashing RCB bowlers to pieces in the first ever match of the 2008 season. Since then both IPL and Brendon McCullum have come a long way. He retired back in 2016 and he then started playing all around the globe. The new career option that has opened up with the explosion of T20s is playing in the domestic T20 leagues.

This year Brendon McCullum was signed up by Royal Challengers Bangalore after his last season franchise Gujarat Lions was defunct. Earlier this year, McCullum was the opener for Brisbane Heat alongside Chris Lynn, the duo famously known as ‘BashBros’.  He then traveled to Pakistan and captained Lahore Qalanders in the Pakistan Super League but the team did not do so well.

Now he has returned to the IPL and has opened for RCB in few of the matches that he has been chosen in. McCullum has featured in six matches so far with 127 runs on his name at a healthy strike rate of 144. Brendon in a recent interview conducted heaped praises on his Bangalore captain Virat Kohli.

ALSO READ: Virat Kohli replied why his fitness regime is not ‘useless’

McCullum was in full praise of Virat being an inspiration for so many people not just in India but all over the world. RCB currently find themselves at the seventh position in the points table and are almost out of the playoffs race with only mathematical possibility remaining. Kohli in the Ten matches so far has scored 396 runs and is fifth on the orange cap list. 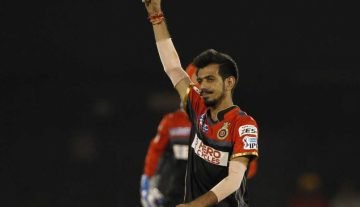