Former Australian fast bowler, Brett Lee has said that the saliva ban will not be having much of an effect as the Kookaburra ball does not naturally swing much. The International Cricket Council (ICC) had recently decided to ban the use of saliva on the ball as a precautionary measure against COVID-19 and many cricketing pundits suggested that it will reduce the contest between bat and ball more even.

As per the quotes in ANI, Lee said, “I think it is definitely a disadvantage to the bowlers. Maybe the other option was to test all the players before they go out on the field and only allow the ones that are cleared to take part in the game. I do not think it matters with the kookaburra ball as it has not been swinging recently much anyway.”

The former Australian faced also acknowledged that reverse swing will not come into play much because of the saliva ban. International cricket witnessed a resumption of the first Test of the three-match series with England and West Indies facing each other in a three-Test series. The first match was won by West Indies by four wickets and many people raised questions over the performance of pacer James Anderson.

However, Lee said feels that Anderson shouldn’t be criticized much as he played his first match for England after a very long time.

Describing the same, Brett Lee said, “He (Anderson) is one of the best bowlers in the world in terms of pacers so I don’t think we could be too hard on him. Maybe he did not have the best match but he is still a real asset to England.”

Lee played 76 Tests, 221 ODIs and 25 T20Is for the Australian team, managing to take 718 scalps across all formats. Along with Pakistan’s Shoaib Akhtar, Lee was viewed as one of the fastest bowlers to ever play the game. 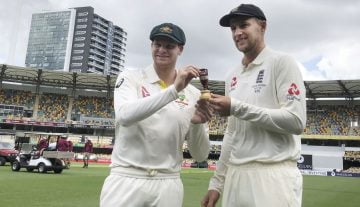 Article
By Aditya Pratap - Dec 8, 2017
Former England skippers are aware of what lies ahead in Ashes