Team India registered their seventh Test win on the English soil by thumping the hosts by a humongous margin of 203 runs in the third Test match in Nottingham on Wednesday, August 22, to remain alive in the five-match series as England has now having a reduced lead of 2-1. The hosts ended Day 4 at 311 for 9, requiring another 210 runs to win the match, which a next to impossible task to be asking for, but the visitors finished their job which was easier and will head to Southampton with a hope of leveling the series.

India’s strong comeback at Trent Bridge after being mauled at Lord’s impressed many, including former English cricketers. One of them, David ‘Bumble’ Lloyd, was particularly pleased with the performance of the Indian bowlers who played a crucial role in winning the game. A number of Indian batsmen got their form back in this game, helping the team’s cause.

Lloyd, often been called “Bumble”, said the hosts perhaps expected more bite more from the pitch after the assistance their bowlers received in the first two Tests.

ALSO READ:  India bounced back in the series with the early morning victory

During a show on Sky Sports, Lloyd said, “India was there for the picking after the first two games and there were cloudy conditions on the first morning. England probably expected more from the pitch – it was easy-paced whereas in the previous two Tests Anderson and company found things absolutely perfect for swing bowling. I thought India’s seamers were excellent in this game; they were aggressive and looked stronger. It sets the series up fabulously for the last two games.”

He further added, “You’d think about impetus and confidence going into that game. There are eight days between this fixture and the next one – also time for England to regroup and they might also be thinking about a replacement for Jonny Bairstow.”

England’s batting was pretty poor in Nottingham, especially in the first innings, as they saw one of their worst collapses in the first innings, losing all 10 wickets in one session after a decent opening partnership of 54 runs. That gave India all the time in the world to set a next to impossible target of 521 for England to clinch the series. As a result of that, the series scoreline at 2-1 now is poised for a great last half. 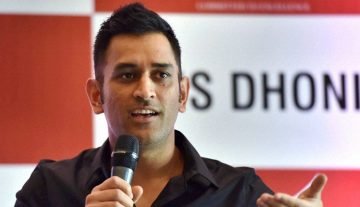 News
By CricShots - Aug 16, 2017
MS Dhoni to follow the footprints of Sehwag and Yuvraj