Though Windies won the three-match T20I series against the hosts Bangladesh by the 2-1 margin, the T20I skipper Carlos Brathwaite felt unhappy and frustrated on Saturday night no-ball controversy. 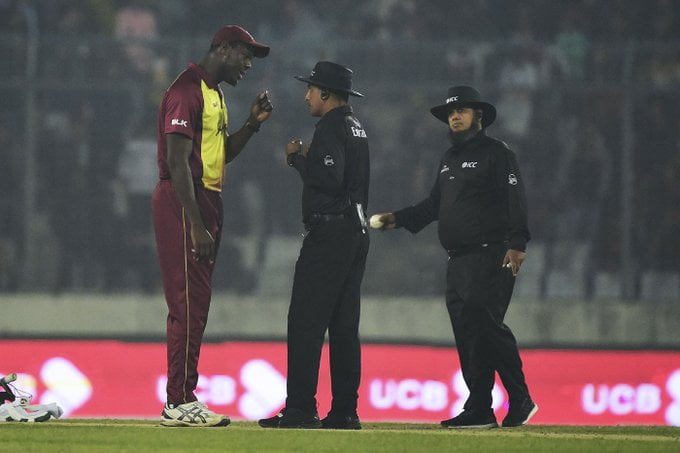 It was the crucial series decider game when both teams were facing each other for the third and final T20I of the series at Sher-e-Bangla National Stadium (Mirpur, Dhaka). That controversial incident happened during the early period of Bangladesh chasing the 191-run target.

During the 4th over of that innings, when the visiting pacer Oshane Thomas was bowling, Liton Das was caught out at mid-off but the bowling end umpire Tanvir Ahmed called it a front-foot no-ball. It meant that Das remained not out and Bangladesh has been awarded a free-hit.

While every Windies’ players were devastated on that situation, they became frustrated after watching on the big screen that Thomas’ front-foot didn’t cross the bowling-line entirely and the umpire was wrong on his decision. It was a legal delivery which meant that Das was actually out.

That situation created several confusions on the field. The Windies skipper Brathwaite demanded to take their existing review but the umpires claimed that it wasn’t available for them at that time. Brathwaite seemed frustrated with that decision and match referee Jeff Crowe had to come at the sideline to handle that situation. It was around 10 minutes gap between the controversial no-ball delivery and the next free-hit delivery.

Talking about that situation, Brathwaite said after that game, “The rule is that if a no-ball is called it cannot be reviewed or reversed. But if it isn’t called, it can be reversed checking the video. Everyone saw that it was not a no-ball.

“For a young man who is inexperienced, Oshane Thomas was under the pump. To finally get a dismissal but the ball has gone to your name as free-hit, to bowl the extra ball with an extra run, obviously it messed his mindset.

“As captain, I had to take call for the team. I had to make a stance not just for myself or the team but for West Indies cricket. We haven’t been getting favourable calls or 50/50s since I have been playing cricket. I think it showed that when we played a passionate game by doing the right things, then things happen for us, we need the officials to give what is rightfully ours.

“Again, I am not saying the officials are cheating because I think they are professionals. However, I can just call what I see. If we are seeing we are not getting the rub of the green, the 50-50s, then as captain of the ship I will say that.

“Sanctions may come and go, but if you don’t stand for something, you fall for everything. If the sanctions are to be handed, I would gladly take it. My teammates need to be stood up for and as the captain of the ship, I will stand up for them.”

Talking about that moment, Brathwaite added, “I must commend the match referee. After we had some stern words, it was resolved. We worked too hard for my team to walk off the field or forfeit the game or series. The decision was to stay on, fight on and finish the game.

“But I also asked the match referee for five minutes that our team can get their head around playing a cricket game, forget the debacle that has just happened, get past the event and let us just finish the remaining 16 overs. Thankfully it was allowed. It gave me the opportunity to speak to my teammates. It was us versus everyone else.

“I was the only person who spoke in that huddle and then everyone started to chime in, everyone said we have to win this game, we have to fight for this. And then you can see what happened afterwards. The first overs were Jekyll and the last 10 or so were Hyde. It was big from the inexperienced group of guys, and I think we can keep them together, teach them how to be professionals, I think we will do well in cricket.”

While Brathwaite is unaware of the ICC rules to take the DRS, he feels that the incident has put the serious question about that existing law.

He quoted, “I don’t know what all the rules are pertaining to reviews so I don’t want to tell them how to do their job. But it can be looked at. The laws may be put into question after this incident.” 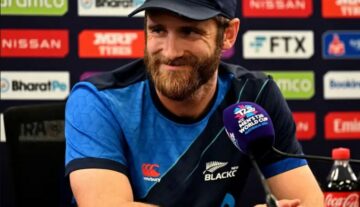