The cricket is increasing the heat in the rainbow nation, where Team India is touring South Africa for a full series. Test series is done and dusted with Freedom Trophy switches the cabinet and is now in SA. However, the focus has changed with the color of clothes as both teams will play a six-match ODI series. 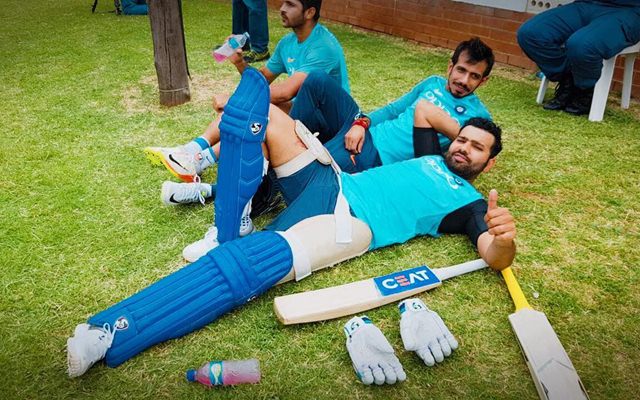 In the build-up of the first match, Rohit Sharma posted one image with Yuzavendra Chahal after an intense practice session. Shardul Thakur, too, was visible in this picture while Rohit and Chahal are lying down on the ground.

Taking a breather after a good training session @yuzi_chahal23 @shardul_thakur

The wrist spinner took a dig at Rohit’s wife Ritika Sajdeh in the comment section of this image. He wrote ‘Bhabhi jealous? @ritssajdeh’, but she replied in a cheeky way. The reply reads “@yuzi_chahal23 hahaha you read my mind.” 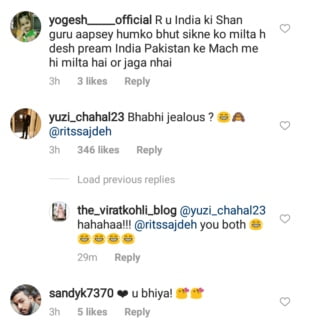 However, this friendly banter didn’t end here and Chahal replied: “@ritssajdeh it’s ok bhabhi jus one month I will take of bhaiya till den.” 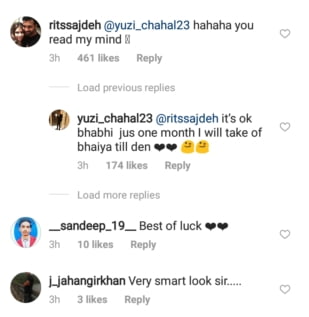 Initially, Ritika traveled to South Africa with his husband but after the Test series, the WAGs group has left the country.

Team India has won the first One-Day International in Durban by six wickets, where Captain Virat Kohli again chased down yet another score with his match-winning hundred. This was India’s first ever ODI win at Kingsmead against South Africa, which was written by the hands of two wrist-spinners. Kuldeep Yadav and Chahal were very impressive in this game and snared five wickets together in their allotted overs.