Sri Lanka Cricket has announced a 20-member squad for the upcoming T20I and ODI series against India, which is scheduled to be played at six different venues across the country and it will be commencing on January 3, 2023. Dasun Shanaka will be leading the team, while Chamika Karunaratne, Pramod Madushan, and Dilshan Madushanka are among those returning to the squad.

India and Sri Lanka will be facing each other for three T20Is followed by an ODI series with the same number of games. Nuwanidu Fernando has earned his maiden ODI call-up as he has been consistently performing well in domestic cricket, and also the Lanka Premier League. He averages 40.25 in 31 FC games, having scored 1771 runs, including six centuries and seven half-centuries.

The Sri Lankan cricketers participated in the Abu Dhabi T10 league and in the recently concluded Lanka Premier League and are in good touch as they set to take on India. Avishka Fernando has recovered from the injury he sustained in Australia and will be back in the squad.

Fernando, a top-order batter, had a memorable outing at the LPL 2022 and will be hoping to repeat similar heroics in the upcoming series too. The in-form Wanindu Hasaranga will be spearheading Sri Lanka’s bowling unit while young spinner Dunith Wellalage and Mahesh Theekshana will be a part of both the white-ball series.

However, Chamika Karunaratne, who was controversially excluded from the team for the series against Afghanistan due to his alleged indisciplined behavior during the T20 World Cup 2022 in Australia, impressed one and all during the LPL while playing for Kandy Falcons and has been included in both ODI and T20I squads. After missing out due to injuries recently, Promod Madushan and Dilshan Madushanka are back in the fold again. 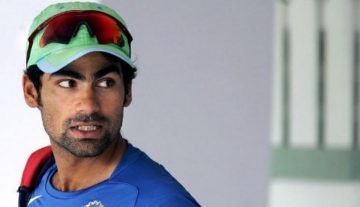