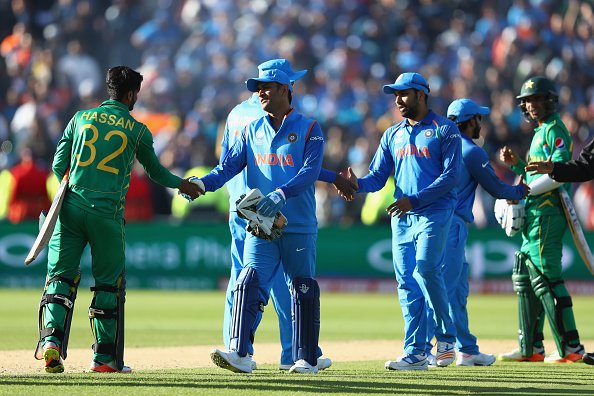 International Cricket Council (ICC) is making efforts foo resumption of cricket in Pakistan. Since terror attacks on Sri Lankan cricket team in 2009, no other international cricket team has visited the nation to play cricket except Zimbabwe.

On Friday, the International Cricket Council, following the end of its annual meeting in London, announces that strategies for a World XI to play in Pakistan later this year were “continuing to be developed”.

Now, if a World XI is selected it is almost sure that some of the Indian cricketers will be picked. Indian skipper Virat Kohli and legendary gloveman MS Dhoni are the two names that come to mind while picking any World XI.

Unless the Indian government raises protests, the Pakistani crowds will get to see these stalwarts in action. Indian players have a big fan following in Pakistan. Many Pakistani cricket fans and experts say that MS Dhoni is one of the most followed and appreciated cricketers in that nation.

After Pakistan’s stunning 180-run win over arch-rivals India in the final of the Champions Trophy 2017 at The Oval last week. Talking about the same, Pakistan’s coach Mickey Arthur said, “We’re scheduled to have a World XI in Pakistan in September for three Twenty20 games. So hopefully that starts paving the way for future tours. We can only hope.”

Pakistani skipper Sarfraz Ahmed added: “I hope this win will boost Pakistan cricket and all the (major) playing nations will come to Pakistan.”

The ICC has confirmed that a World XI will be sent to face off against a Pakistan XI.