The Board of Control for Cricket in India (BCCI) has appointed Chetan Sharma, Shiv Sundar Das, Subroto Banerjee, Salil Ankola and Sridharan Sharath as part of the new selection committee as per the recommendations of the Cricket Advisory Committee. Notably, the CAC, comprised of Sulakshana Naik, Ashok Malhotra, and Jatin Paranjape also adviced Sharma to continue as the chairman of the selection committee s well. However, they have scrutinised 600 applications during the process as well. 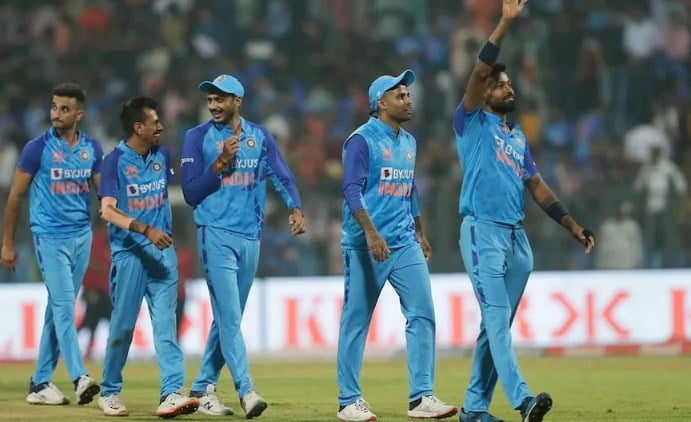 “The Cricket Advisory Committee (CAC) comprising Ms Sulakshana Naik, Mr Ashok Malhotra, and Mr Jatin Paranjape undertook an extensive process for selecting members of the All-India Senior Selection Committee. The Board received around 600 applications following its advertisement for the five posts issued on its official website on 18th November 2022. Upon due deliberation and careful consideration, the CAC shortlisted 11 individuals for personal interviews. Based on the interviews, the Committee has recommended the following candidates for the Senior Men’s National Selection Committee,” read a statement from the board.

However, Chetan Sharma re-applied for the post alongside his former colleague Harvinder Singh. Meanwhile, the other notable names who applied for the five positions are – Venkatesh Prasad, Maninder Singh, Mukund Parmar, Nayan Mongia, and Sameer Dighe. Among the newly appointed candidates, Salil Ankola has been serving as the chief of Mumbai’s selection panel since December 17, 2020. On the other hand, S Sharath has been the chairman of the Junior National Selection Committee since September 17, 2021 as well. The selection committee has experience of 48 Tests and 95 ODIs in total as well. Meanwhile, apart from Das, none of the other members of the panel has played T20 matches as well.

Notably, after India’s exit from the T20 World Cup in the UAE in 2021 in the group stage and subsequently lost to England by 10 wickets in the semi-final of the T20 World Cup played in Australia last year, the BCCI invited fresh applications as well. Even after the board had invited fresh applications, the old selection panel consisting of Chetan Sharma, Harvinder, Sunil Joshi and Debasis Mohanty (Abey Kuruvilla quit as the selector in February 2022) continued to select players for the white-ball tour of New Zealand, the ODI and Test against Bangladesh and the limited-overs series against Sri Lanka as well.