The self-proclaimed ‘Universe Boss’, Chris Gayle, who is known for his dominating batting believes Pakistan is “one of the safest places right now in the world”. Gayle is currently playing in the Bangladesh Premier League (BPL) for the Chattogram Challengers.

During a chat with teh reporters in Dhaka, Gayle said, “Pakistan is one of the safest places right now in the world. They say you will get presidential security so you are in good hands. I mean we are in good hands too in Bangladesh, right?” Chris Gayle, who is currently playing in the.”

Sri Lanka recently became the first team to tour Pakistan for a Test series in 10 years. Following the culmination of the series, Pakistan Cricket Board (PCB) chief Ehsan Mani had said that Pakistan is safe.

The PCB chief had said, “We have proved that Pakistan is safe, if someone isn’t coming then they should prove that it’s unsafe. At this time, India is a far greater security risk than Pakistan. No one should now doubt security arrangements in Pakistan after successful Sri Lanka Test series. This is a turning point for the revival of Test cricket in Pakistan. Media and fans played an important role in portraying the positive image of Pakistan worldwide.”

Now, PCB has invited Bangladesh for three T20Is and two-match Test series. The Bangladesh Cricket Board (BCB), however, is yet to take a call on the matter after their proposal of playing half the matches of the series in Bangladesh was turned down.

It seems that Sourav Ganguly will once again play the catalyst to India and Pakistan resuming bilateral ties in terms of playing cricket as former Pakistan skipper Rashid Latif has urged the BCCI president to “help” the Pakistan Cricket Board (PCB) in taking talks of Indo-Pak matches forward.

In recent times,  India and Pakistan only meet in ICC tournaments now due to political tensions between the two countries. 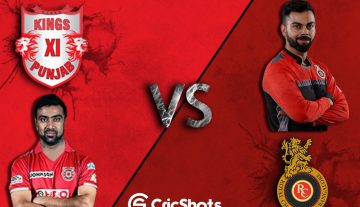