The self-proclaimed ‘Universe Boss’ Chris Gayle has thrown a unique challenge to the cricketers all-over the world.

Currently, Gayle is playing in the eleventh edition of the Indian Premier League (IPL) for the Kings XI Punjab (KXIP) franchise and he has been playing in a prime form. In fact, his form is one of the reasons for KXIP are well-placed in the top-4 of the IPL points table.

The high-spirited Universe Boss posed a question in a picture he posted on Instagram. In the picture, Gayle holds a placard which says, “Who is the cricketer with the best 6-pack”? Along with the picture, Gayle also posted a caption which reads, “Remember I set the trend”.

Remember I set the trend…

Gayle, who is usually high on life, was recently seen in Goa seen enjoying some downtime between IPL matches. He also played poker there and then went to Kerala for a family Holiday as well. It seems he is making the most of his time during the Indian summer and that too in his own flamboyant style.

Nowadays, fitness is an integral part of all the cricketers’ life. Indian cricketers like Virat Kohli and Hardik Pandya are known for their hunger of staying fit. Though Gayle undoubtedly is one of the fittest sportspersons, he definitely is not the only cricketer to focus on his fitness. Whether he is a trendsetter or not, only his teammates (*ahem KL Rahul, Andrew Tye, Karun Nair etc ahem*) can tell. 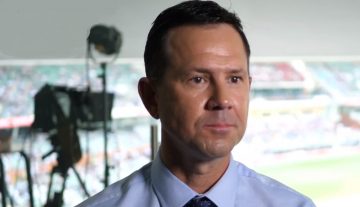