Article
Chris Gayle Win The Slander Lawsuit Against The Australian Media
By CricShots - Oct 30, 2017 8:11 am
Views 0

Windies opener Chris Gayle was alleged of presenting himself to a female massage therapist in a dressing room during the 2015 World Cup in Sydney and for “indecently offering” her.

Later on, Gayle stated that he will avoid exposing his genitals to a masseuse. The therapist had even described how Gayle exposed himself to her and insisted that incident made her very upset. The massage therapist Leanne Russell said, “I was upset because of what Chris had done because we had known each other for 10 years and jokes of that nature meant nothing to him but they upset me greatly.”

Gayle was relieved on Monday as he won the slander lawsuit against the Australian media group. The intense allegations were made by Fairfax Media newspapers, The Sydney Morning Herald, The Age and The Canberra Times in a series of stories in January last year.

His teammate Dwayne Smith, who was in the changing room at the time, also refused that the incident took place. An NSW Supreme Court jury ruled in Chris’ favor, finding Fairfax was motivated by hatred. The media group had endorsed the articles on the basis that the accusations were considerably true and in the public interest.

According to the reports of the Heral, after the verdict, Gayle said, “At the end of the day I’m very, very happy. I’m a good man. I’m not guilty.”

During the week-long hearing, a tearful Russell defended the accusations, saying she had gone to the room looking for a towel and came across Gayle. She accused that he lowered the towel he was wearing and asked: “Are you looking for this?”

Gayle’s close friend Donovan Miller told the hearing that since the accusations the West Indian had become “scared, especially (around) females and he always feels someone is out to get him”.

A hearing on losses will be held at a later date. 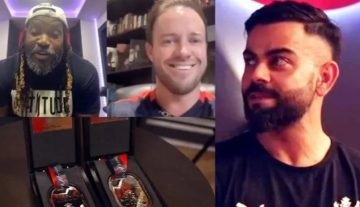