Kolkata Knight Riders (KKR) team is known have one of the most equipped and balanced compositions in the history of the Indian Premier League (IPL). They maintained their overwhelming and extraordinary comradery in choosing out the right pool of players in the 2018 IPL auction.

KKR’s team management let their most successful skipper, Gautam Gambhir go who was picked up by the Delhi Daredevils at a decent amount of ₹2.8 crores. Ahead of the start of the upcoming edition of the IPL, the team management also has to appoint a new skipper from the pool of players they have at their disposal.

The team has quite a few contenders for the captaincy spot like Robin Uthappa who was retained at the auction event through Right to Match card, new entry wicketkeeper-batsman Dinesh Karthik and Australian big-hitter Chris Lynn who was also retained by using the RTM card.

In an exclusive interview with cricket.com.au, Lynn talked about taking up the leadership duties for KKR in the upcoming season, if given an opportunity. The hard-hitting opener stated that he would love to be appointed as the captain as he has a good relationship with the players as well as the coaching staff.

In the recent interview, Lynn said, “I’d love to [lead]. I’d jump at the opportunity. We’ve got a really good group at Kolkata. The coaching staff, Simon Katich, Jacques Kallis, Heath Streak … I can relate (easily too) them. But there are a couple of boys that have been in the IPL for 10 years so you can’t ignore their experience, especially in their own backyard. I’m still learning the game over there but if given the nod then I’d jump at the chance.” 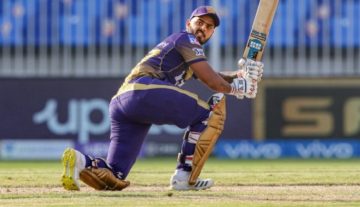