Cricket has changed a lot with time and the shortest format is one example. However, recently, South Africa player Chris Morris has named his all-time T20 XI as well. In his team, four Indian players have found their places as well. 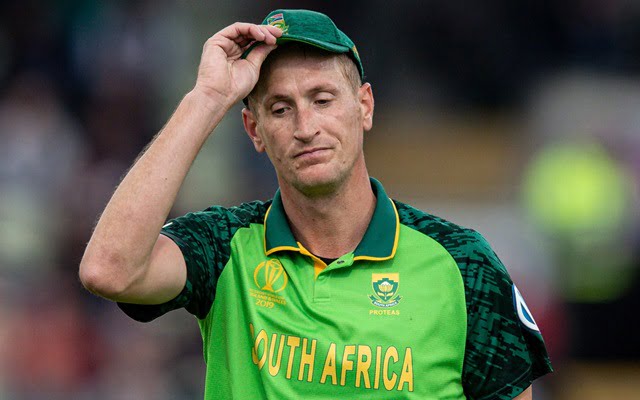 Apart from them, his former teammate AB de Villiers too has found a place in the squad whereas he chose Rohit Sharma and Chris Gayle as the openers of his team as well. Among Indian players, former India player MS Dhoni too has found a place. Moreover, Morris has named him captain as well. He also named Sunil Narine, Jasprit Bumrah, Brett Lee and Lasith Malinga as his bowlers of the team.

As far as Team India’s recent status is concerned, it has seen a lot of changes where Rohit Sharma has been named the limited-overs captain, replacing Virat Kohli. But, Rohit has been ruled out of the upcoming Test series after having sustained a left hamstring injury. And, Priyank Panchal has been named his replacement as well.

After receiving his maiden call-up to the Test team for the South Africa series, he has said that he has been waiting for this opportunity for several years, and he is honoured to be donning the blue jersey. Team India are all set to tour South Africa for a three-match Test series and as many ODIs as well. However, Rohit was named as Virat Kohli’s deputy in Test cricket recently, and he was expected to begin his vice-captaincy stint during the upcoming series against South Africa as well.

Priyank Panchal has captained the India A team recently against the South Africa A team and scored 120 runs at an average of 40 from three innings with the top score of 96 as well. He has so far played 100 first-class matches and has 7011 runs in his name which came at an average of 45.52 and has got 24 centuries also. However, he will be in the race for the opening role along with Mayank Agarwal and KL Rahul.