Delhi Daredevils who are having another nightmarish season has been dealt another heavy blow as they lose their top South African all-rounder Chris Morris due to an injury. His compatriot Junior Dala will take his place in the team for the rest of the season. Morris was left out in the last match as well and Daniel Christian played in his place.

A few days ago, Junior Dala was approached and the news of him playing for the Delhi Daredevils team was shared by John Wright. However, it was not clear as to whom he was replacing. Today the clout the over replacement has been resolved and it is now confirmed that Chris Morris has been ruled out.

Gutted to have left @DelhiDaredevils due to injury. Thank you to everyone at our amazing franchise for the support! Let’s make magic happen men! What a story it would be! #DilDilli

The South African all-rounder was the backbone of Delhi Daredevils. A fast0medium pace bowler and a fantastic hitter in the later stages, Morris gave the freedom to DD to try out new combinations. Now with him gone, Delhi will feel slightly less in confidence.

Chris Morris so far has played 52 IPL matches and has scored runs at a strike rate of 166.67. His highest score was 82*(32) that came against Gujarat Lions in a losing effort. In bowling, he has been more influential and has taken 56 IPL wickets with an economy of 7.75

JUST IN: Junior Dala, the South African fast bowler, will replace compatriot Chris Morris for Delhi Daredevils in #IPL2018. Morris has been ruled out of the tournament.

Junior Dala who replaces him also plays in the domestic cricket of South Africa and has represented his nation as well. His performance in the recent Indian series was eye-catching and his bowling was impressive.

Delhi Daredevils are already under pressure to perform with them being in a dire position. Their captain Gautam Gambhir has also stepped down in the wake of his non-performances. Loss of Morris will dent their morale further. 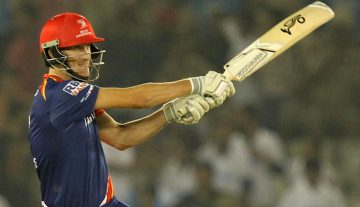