The premier Indian pacer, Mohammed Shami has been ordered to pay a monthly alimony of INR 50,000 to his former wife Hasin Jahan by a Kolkata court. Jahan had made several accusations about the right-arm pacer four years ago. After the court order, Jahan seems unhappy with the alimony amount that Shami is supposed to pay, as she made a demand of INR 10 lakh per month from the Indian pacer.

In 2018, Hasin Jahan filed a legal case seeking monthly alimony of INR 10 lakh, which included INR 7 lakh for personal expenses and INR 3 lakh for the maintenance of their daughter. Jahan is likely to appeal the ruling to a higher court for more payment. The verdict was delivered on Monday, January 23, by Alipore court judge Anindita Ganguly.

The whole dispute started when Hasin filed an official complaint at Jadavpur Police station accusing Mohammed Shami of adultery and domestic abuse. Following the complaint, Shami received a non-bailable warrant of domestic abuse and attempt to murder. Hasin Jahan claimed that the cricketer and his family tortured her whenever they went to his hometown in Uttar Pradesh.

During a chat with India Today, Hasin Jahan said, “Yes, whenever I have gone to UP. You can ask the neighbours how they (Shami’s family) behaved with me. I was silent because he has been asking for a divorce for two years. He has been torturing me, he tried everything to make me leave him.”

Hasin Jahan also claimed that Shami was threatening her over the phone using different phone numbers.

However, Shami always denied Jahan’s claims and even took to social media to say that the allegations were false and said it was a conspiracy to defame him. Shami had told India Today he was ready to apologise to Jahan if her allegations of infidelity and domestic abuse were proven to be true. 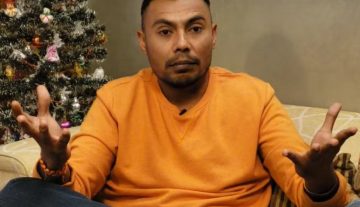