On Wednesday, Cricket Australia went on to acknowledge the fact that the Indian cricketers were subjected to racial abuse during the third Test at Sydney. The Indian team had lodged an official complaint after the crowd at the SCG were seen racially abused the Indian fast bowlers, Jasprit Bumrah and Mohammed Siraj over the second and third day of the Sydney Test. Siraj had to face the brunt of unruly crowds even after the complaint.

Sean Carroll, CA’s Head of Integrity and Security, on Wednesday, provided an update on the investigation into crowd behavior during the Sydney Test.

In a statement regarding the same, Cricket Australia said, “Cricket Australia has submitted its report into crowd behavior at the SCG during the third Test against India to the International Cricket Council. CA confirms that members of the Indian cricket team were subjected to racial abuse. CA’s own investigation into the matter remains open, with CCTV footage, ticketing data, and interviews with spectators still being analyzed in an attempt to locate those responsibly.”

It further added, “Spectators who are found to have breached CA’s Anti-Harassment Code face lengthy bans, further sanctions and referral to NSW Police. CA’s investigation concluded that the spectators filmed and/or photographed by media in the Brewongle Stand concourse at the conclusion of the 86th over on day three of the Test did not engage in racist behavior. CA as hosts of the Border-Gavaskar series apologizes to the Indian men’s cricket team.”

CA is awaiting confirmation from NSW Police that they have completed its investigation into the matter and no further comment will be made until the investigation gets over. After arriving in India, the Indian fast bowler, Siraj revealed that the umpires at the SCG told the Indian skipper, Ajinkya Rahane that the team has the option of walking off, but the side did not wish to do that.

Explaining the same, Siraj had said, “Australian crowd started abusing me, it made me mentally strong. Not letting it hamper my performance was my prime concern. My job was to inform that I was being abused, I told the entire matter to captain Rahane. Umpires told us that you can walk off the field and leave the game but Ajju bhai told the umpire that we will not leave, we respect the game.”

Hanuma Vihari and Ravichandran Ashwin gave the display of immense grit and determination on the fifth day of the third Test to deny Australia a win at SCG. India then defeated Australia by three wickets despite reeling back at a stage in the final Test of the series at The Gabba last week to take the series 2-1. 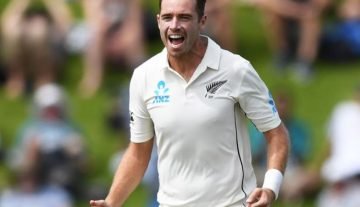