On Tuesday, former India skipper and coach Anil Kumble turned 47. He has always been considered as the greatest spinners of all time, Kumble took retirement from limited overs cricket after India’s forgettable 2007 ICC World Cup campaign. In an international career of almost two decades, Kumble scalped 619 dismissals in Test cricket and 337 in ODIs.

He is the only Indian bowler and second in international cricket to have taken 10 wickets in single Test innings. He retired from Test cricket in 2008. Since then, Kumble has been a crucial member of cricket. He was President of the Karnataka State Cricket Association. More recently he was coach of Team India for one year.

During his coaching tenure, India beat New Zealand, England, Bangladesh and Australia in Test matches at home and West Indies away from home and reached the final of the ICC Champions Trophy. But he decided to hang his boots from the post after discrepancies with captain Virat Kohli, as admitted by Kumble himself.

Kumble is still the third highest wicket-taker behind Muttiah Muralitharan and Shane Warne. Almost every known member of the cricket fraternity wished him on his special day, here are some tweets:

Truly one of the legends of Indian cricket and played massive part in Indian cricket's success. Many happy returns @anilkumble1074

Wish you a very happy birthday, Kumbels! You have been an inspiration for generations together and will continue to be one. pic.twitter.com/3vqMpqhu6E

Wishing one of India's greatest match winners , @anilkumble1074 a very happy birthday. May you have a great day and year ahead. pic.twitter.com/JBCvgOeIBk 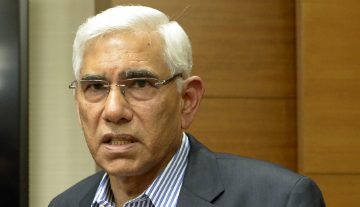