Sunrisers Hyderabad bowling coach Dale Steyn has recently revealed his experience of facing Umran Malik in the nets. The talented youngster from SRH is doing exceptionally well in IPL 2022 and he constantly clocking near 150 kph. Steyn also revealed how his pace has often troubled his teammates while practising in the nets as well. 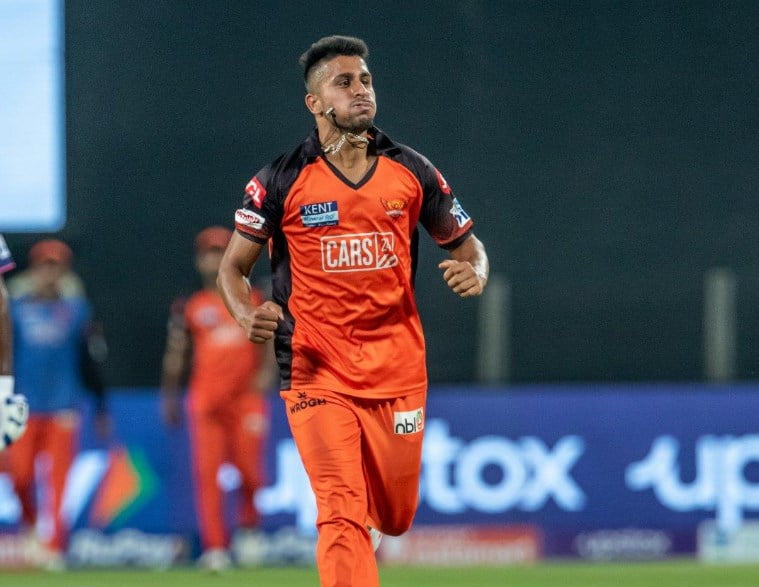 “It’s less coaching and more like excitement. I am at the top of the mark with them and we just talk: ‘What are you going to bowl now? What are you thinking?’ We talk cricket the whole time. I am not dictating to him. I get so excited when he says, ‘I am going to bowl a yorker’. He bowls one and knocks the batsman over in the nets. ‘Coach, I am going to bowl a bouncer’. I say go for it, and then you see the batsman lying on his back in the nets. It’s really exciting standing so close and being able to watch that happen. He has got better and better. He has found rhythm, how he likes to take wickets, wants to bowl. Also, he has been allowed by the captain and coach to do what he wants,” Dale Steyn told Hindustan Times.

The veteran speedster has also explained how his advice to Umran helped him when after he conceded a few runs in the first few games of the season. However, the credit goes to him for being open to suggestions. Soon after he picked up 2/27 against Kolkata Knight Riders, there was no looking back and he impressed all with his 4/28 against Punjab Kings.

“Confidence is the big thing. The first two-three games, he went for a couple of runs; that’s what happens when you are a fast bowler, bowling at the speed he is bowling at. You can very easily lose a little bit of faith in yourself, you might want to change something – ‘maybe I should bowl slightly slower with more control’. But he has been given the go ahead by the coaching staff,” Dale Steyn shared.

“The guys have told him ‘there are going to be days when you will go for runs because of how fast you bowl, not because you bowl badly’. Another day you run in and take four wickets and bowl a maiden over, that’s also what pace does. You have to take the good with the bad. He has realised that if he sits in that middle ground, he is going to be successful. He is accepting the days when things will not go well because of his pace and loving the days when it goes really well. Then being humble by bringing himself back to the middle ground where he can carry on. It is great to see that,” he signed off..