The spread of CoronaVirus across the globe has affected global sporting events. Many major sporting events across sports have either being canceled or postponed to avoid mass gatherings of people which acts as a safety measure and contain the spread of the COVID -19 virus. South African Fast bowler Dale Steyn has expressed his disappointment because of the COVID-19 virus pandemic that’s has halted the sporting events.

Dale Steyn is left wondering what his fellow countrymen will do right now with everything blocked off and no sports for people to be entertained with especially now that he is chilling at home. Steyn also believes that sports are the only uniting his country after the apartheid.

“It is actually such a pity that everything is being blocked off, because in a country like South Africa, where we have all of our problems from the past – culture, religion, ethnic backgrounds – the one thing that brings everybody together is sport,” Steyn said.

He added, “But now at the moment, you don’t have that. In South Africa, we kind of like looking for things that unite people in big, big groups. When you don’t have sport, it’s like, oh, what do we fall back onto? And I think Nelson Mandela was the first person to really say that: sport unites people in a way that nothing else does. And if you take sport away, then I don’t know really what we have. We’re gonna have to work it all out.”

Dale Steyn has been a valuable asset to the South African Cricket team  and is also regarded as one of the legends of the game. The fast bowler has been a star performer for the Proteas throughout his international career displaying his skills at the top level consistently with impeccable performances.

Dale plyed his trade for the Royal Challengers Bangalore in the first 3 seasons before being bought by the Deccan Chargers for over a million dollars, $1.2 million to be specific in the 4th season of IPL. As Deccan Chargers got terminated from IPL, Dale Steyn continued to play for the new team from the south as he played he for Sunrisers Hyderabad in the next three seasons. After moving around, Steyn joins RCB as a replacement for Nathan Coulter-Nile midseason.

Steyn is back with the Royal Challengers Bangalore as they prepare a fight to battle the title in the 13th edition of the Indian Premier League. 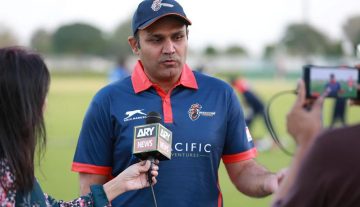