Former New Zealand captain Daniel Vettori has backed the idea of out-of-form Rohit Sharma batting down the order for the rest of IPL 2022. Vettori feels batting at No. 3 or No. 4 instead of the opening could help his game and “may just free him up.” Since scoring 42 against the Delhi Capitals (DC) in the campaign opener, Rohit Sharma has failed to deliver. He hasn’t crossed the 30-run mark in the last six games as well, registering three single-digit scores, including a duck, in the recent match against Chennai Super Kings (CSK) as well.

Vettori said while speaking to ESPNcricinfo ahead of the Mumbai Indians’ match against the Lucknow Super Giants (LSG) on Sunday: “Potentially, we’ve seen in the past some down at three or four and it may just free him up, [going] away from a role he’s so used to. I think with Rohit Sharma, he opens for India, he’s captain of India, it’s hard to put yourself down the order in these situations. But after the season they have had, it might be the right answer.”

On the other hand, Australian batter Chris Lynn, who has earlier opened alongside Rohit for the Mumbai Indians, also opened up on the same topic. However, he disagreed with Vettori, stating that the skipper doesn’t need to shift, but needs to take “a break” away from bio-bubbles to play with the freedom as well.

Lynn said: “We have seen him throughout the IPL, when he’s gone through form slums, he’d move up and down the batting order but at the end he has cemented India’s opening position. So I feel he’s a little bit flat due to bubble fatigue. He does need a break, you know, he’s human after all. But I think the best place for him bat and play with that freedom is up at the top.” 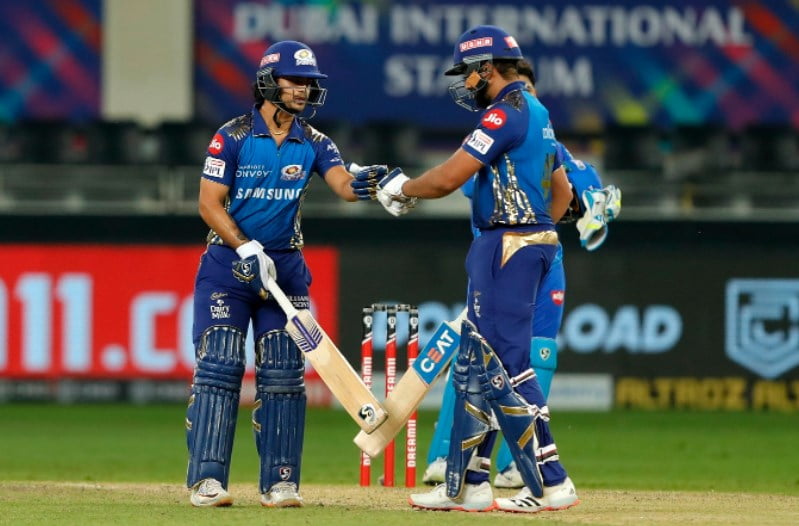 Rohit’s IPL record is better as a middle-order batsman. At No. 4, he averages 32.77 and strikes at 128.67 as well. Both go up to 33.12 and 143.62 respectively at No. 5, where he has played just five innings. As an opener, his average and strike rate are 30.25 and 129.11, respectively as well. However, Mumbai Indians are out of the playoffs race. Meanwhile, Lynn suggests Mumbai Indians see it as an opportunity to test different combinations in the squad as well, like Tim David and other young players.

He said: “I think it’s an opportunity to blood the young players but also use the expensive players they bought at the auction. I think that’s a no brainer for me. Use your Tim Davids, your high-priced players. That’s what they are there to do.”

Daniel Vettori feels Sunrisers Hyderabad (SRH) pacer T Natarajan will soon make an India comeback after his IPL 2022 success. He again said that Natarajan being part of the Indian squad will give the captain and coach a lot of options. In seven games, he has picked up 15 wickets at an average of 14.53 and an economy rate of 8.07.

He said: “He comes into play because of the skill sets and what he offers at the death. We see time and time again how hard it is to bowl at the death, how hard it is to execute and how really a bowler does it consistently. We know Natarajan’s got enough of a track record to suggest he can pull it off. He may not force his way into a playing XI, but in a 15-man squad, he gives Rohit Sharma and Rahul Dravid so many options around their selection. We shouldn’t underestimate the fact that T Natarajan coming back into the team and the form that he has shown… He’s been able to balance out that attack in a lot of ways. He’s been able to bowl anywhere, but we know how exceptional he can be at the death.”

While he was asked whether he was surprised with the young Marco Jansen’s stunning show in the IPL, Vettori responded: “I would say no. We have seen how successful he has been in international cricket. He has got on some surfaces that have suited him. Kane’s (Williamson) used him extremely well. He’s been at the top of the order, where he’s at his most dangerous in terms of the new ball. He’s just bowled well. I think all those things have gone in his favour, and he’s rewarded Sunrisers for their faith.”

“I would say no. We have seen how successful he has been in international cricket. He has got on some surfaces that have suited him. Kane’s (Williamson) used him extremely well. He’s been at the top of the order, where he’s at his most dangerous in terms of the new ball. He’s just bowled well. I think all those things have gone in his favour, and he’s rewarded Sunrisers for their faith,” he concluded.