The Chennai Super Kings (CSK) skipper Mahendra Singh Dhoni got back to his incredible finishing abilities as he smashed the Royals Challengers Bangalore’s (RCB) bowlers in the last match on Wednesday. He stole most of the limelight in the game especially in the second innings like a champion and won the match like a boss in his own trademark style by finishing off the match with a six once again like the good old days.

Twitterati went berserk after MS turned the clock back and made us all nostalgic for his thrilling shots. RCB bowlers never look in the position that they get the wicket of Mahi to score of 70 runs 34 balls, hitting 7 sixes and 1 four including that stunning six and finished the game.

Since the start of his career, MS Dhoni has been known for his immense finishing abilities in the history of this game. Apart from his mind-blowing performances, his style, his swag, even his calm demeanor, has earned him a huge fan following and made him what he is today.

The people went crazy when a young good-looking cricketer with long hair made his debut. Soon, his hairstyle became a trend and everyone was donning Dhoni’s hairstyle. He became the heartthrob of the nation. Throughout all these years, he has experimented a lot with his hairstyle.

Yesterday, he was seen with a new hairstyle and the social media fans went crazy with his new hairstyle. Even Danielle Wyatt, the cricketer playing for England women’s cricket team couldn’t stop herself from praising the cricketer.

She took to Twitter and appreciated the hairstyle of Dhoni. Here’s what she tweeted, here tweet read: “Dhoni’s haircut thoughhhh 👌🏽”. 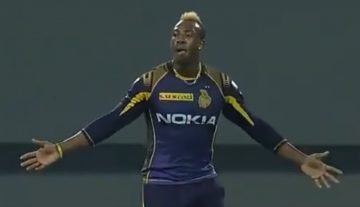