Former Pakistan player Danish Kaneria has said that the time has come for Indian cricket to think of someone else in place of the Test vice-captain Ajinkya Rahane. He has scored only one half-century in the series against England as well.

On Thursday, he once again failed in the first innings of the Oval Test as he was dismissed for 14 off 47 deliveries, edging Craig Overton behind the wickets as well. While speaking on his YouTube channel, Kaneria opined that Rahane got enough chances. He also questioned why Suryakumar Yadav and Hanuma Vihari were not getting a chance yet.

Danish  Kaneria stated: “India’s middle-order collapsed again. Ajinkya Rahane has been a total flop in this series. I think, now the time has come for India to really think about Ajinkya Rahane. Not only Rahane, India’s overall batting is in poor form.”

On the other hand, Ravindra Jadeja was sent to bat before Rahane on Day 1 of the Oval Test. While many didn’t like the move, former India player Ajay Jadeja could be an indication that team management has started losing faith in Rahane.

He has said on the Sony Sports Network: “I am just thinking what Ajinkya Rahane is going through. One of your best batsmen, vice-captain of the side. Even before he has walked in, it’s like Rahane has almost got a signal, saying ‘we’re not too sure about you.'”

“It could be the left-hander combination but I am just thinking in terms of someone who is uncertain with not a lot of runs. Before you walk in, you have got Ravindra walking ahead of you and there will be some time, whenever he walks in he is going to be thinking about it,” Ajay Jadeja concluded. 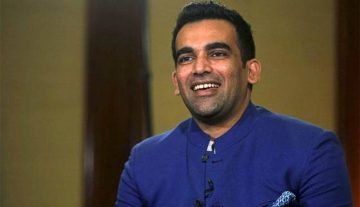