Former Pakistan player Danish Kaneria was not happy with the way India bowled in the final session of the fourth day at The Oval. Notably, they failed to take a wicket and now they have only the final day to dismiss them. He also slammed India’s Test vice-captain Ajinkya Rahane for his poor show.

However, India used four bowlers to play the final session on Day 4 where Shardul Thakur didn’t come into the attack. Ravindra Jadeja also bowled many overs but failed to provide the breakthrough as well. He also recalled how England have successfully chased a massive total in the past in 2019. Notably, Ben Stokes had scored a century there but this time, he has not been a part of the team as well.

Danish Kaneria added: “This is a huge target for England. India did not bowl in the right areas in the final session. It was too straight and on the legs. Too much wayward bowling, especially by Siraj. If India keep on leaking runs like this, then England won’t be far away from creating history. They have done it before against Australia.”

Danish Kaneria further concluded, “Everyone has seen how Rahane is struggling. As for Suryakumar Yadav, he looks like someone who is capable of scoring runs in all conditions. He could have been given a chance according to me.” 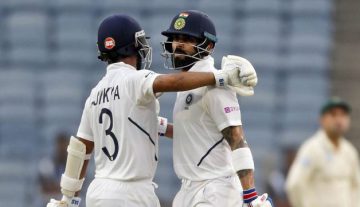