After Cricket Australia (CA) announced the 14-member Australian Test squad for the first two home Tests against India, the former Australian head coach Darren Lehmann wants to see the in-form cricketer Marcus Harris as an opening batsman in those matches.

Due to his recent brilliant performances with the bat, the Victoria opener has just earned his maiden call-up in the national team. In the ongoing 2018/19 Sheffield Shield, the 26-year-old left-handed batsman is the second leading run-scorer as he has scored 437 in six innings (four matches) with the average of 87.40. He has played three 50+ knocks, including one double-century knock against New South Wales (250*).

As Lehmann has observed him very closely, the former Australian cricketer and head coach claimed that Harris would be a good opening option for the national team against the strong Indian bowling line-up.

Lehmann told Macquarie Sports Radio, “He’s the in-form player in the competition, his record has been outstanding in the last couple of years, he’s made a couple of Shield hundreds in finals. If we’re going to do it (debut Harris) there’s not a better place to do it than in Australia. Yes (India) are a good attack but I think he’s good enough to play. He made 150 on debut when I was coaching Queensland, I thought this kid is very much in the mould of Justin Langer with probably a few more expansive shots. I would have liked to have Renshaw in there but he just hasn’t made the runs.”

Talking about the possible playing XI, Lehmann suggested that he wants to see Usman Khawaja at no.3, Shaun Marsh at the next position and his younger brother Mitchell Marsh at no.6 batting slots.

Speaking about the no.5 slot, Lehmann added, “If Ashwin plays then I’m playing (Peter) Handscomb as he helps negate Ashwin. I would name both (Travis Head and Handscomb) in the squad and then see how India shape up.”

Also read: Marcus Stoinis believes they are still a good side

The four-match home Test series is going to begin on December 6. While it will be their first Test of this home summer, Lehmann feels it would be the toughest job to select the playing XI.

Lehmann said, “It’s the toughest job selecting the first Test of the summer. But whoever we pick we have to back 100 percent.” 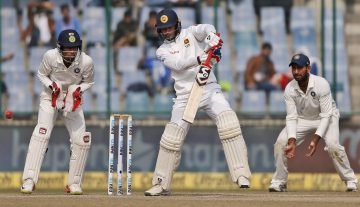