Former West Indies skipper Darren Sammy, who has been expressing outrage over racism, has said that the killing of African-American man George Floyd in the US at the hands of a white man, affected him in many ways and also forced him to think how racism was also prevalent in cricket.

In a video gone viral on the internet, a white police officer was seen kneeling on Floyd’s neck for at least eight minutes and 15 seconds, even after Floyd lost consciousness.

Taling about the incident, Darren Sammy said he views it as people in power suppressing the people who aren’t that fortunate. During a chat on a recent episode of Inside Out, he said, “The Kneeling on this guy’s neck brought so many scenarios to me. The symbol itself, I saw it as the people in power suffocating those who are less fortunate.”

Sammy added that the movie Fire in Babylon–a British documentary film about the record-breaking West Indies cricket team of the 1970s and 1980s–also depicts how attempts were made to suppress a rising black team.

The West Indian said the former Australian fast bowling duo of Jeffrey Robert Thomson and Dennis Lillee, one of the most fearsome bowlers in the history of Test cricket, was known for hurting batsmen with their fast bowling but when the West Indies bowlers were bowling bouncers to trouble the opposition, rules were introduced in the game, which according to Sammy were aimed at limited the success of the bowlers.

Expressing his thoughts on the same, Darren Sammy said, “Looking at the Fire in Babylon, looking at when Thomson and Lillee and all these guys were bowling quick and hurting people. Then I watch a black team becoming so dominant and then you see the bouncer rule start to come in and all these things start to come in and I take it, as I understand it, as this is just trying to the success of a black team could have. I might be wrong but that’s how I see it.” 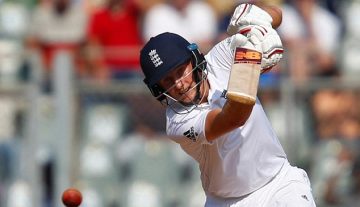