Former England player David Lloyd has stated that he was impressed with the way Indian players behaved towards Joe Root and Jonny Bairstow after their seven-wicket victory at Edgbaston on Tuesday. After England thrashed India to end the series 2-2, visuals of Virat Kohli shaking hands and patting Jonny Bairstow on the back went viral soon as well as the heated exchange between the two players was a major talking point during the Birmingham Test. 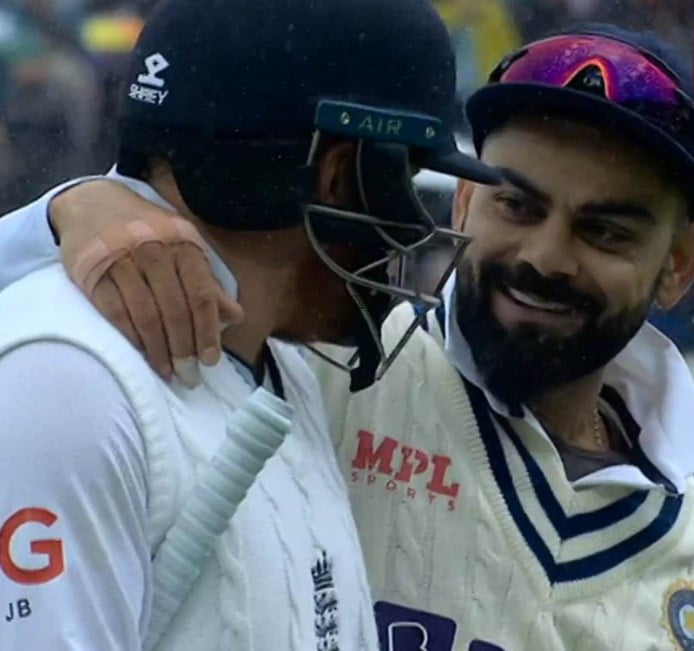 “I thought the on-field scenes at the conclusion of the game were glorious, with India’s players warmly congratulating Root and Jonny Bairstow and recognising the epic job they had done. Special mention for Virat Kohli, who is the proudest and most combative India cricketer, and at times plays the pantomime villain, but who had a special word to both players. I like that,” David Lloyd wrote in his column for The Daily Mail.

However, looking at Virat Kohli’s behaviour, Lloyd couldn’t help but share his thoughts on what would have happened if there had been a physical altercation between the players.

“Having said that about Kohli, I do sometimes wonder where the line is and who draws it. Sportsmanship, banter, gamesmanship, boorish behaviour, insults, abuse – we saw everything on the fourth day. Of course, cricket is a non-contact sport and the trader is safe in the knowledge that he or she can’t get hurt. But if a player feels the need to engage another, my advice is to take up cage fighting and have a proper go. Let’s see what you’re really made of,” David Llyod concluded.