In a recent video shared by the Rajasthan Royals (RR), the veteran South African cricketer, David Miller recently selected his favorite Indian Premier League (IPL) XI and he decided to name the Royal Challengers Bangalore (RCB) stalwart, AB de Villiers as its captain. David Miller, who plays under the captaincy of Virat Kohli at RCB, also picked the captain of teh franchise, but not himself in the XI.

After starting his IPL career with Kings XI Punjab (now Punja Kings), David Miller went on to produce one of the most admired century in IPL history at KXIP. The time he spent with the franchise till 2019 was some of the golden years of his career.

David Miller picked veteran West Indian opener, Chris Gayle as the opener of his side along with Quinton de Kock, whom he described as someone who has been playing ‘the best cricket in the world over the last 5 years’.

A bowling attack led by @BrettLee_58 and @DaleSteyn62 😵

No. 3 and No. 4 spots went to the RCB duo of Kohli and De Villiers while former Indian all-rounder, Yuvraj Singh, who holds teh record of fatest century in T20Is, was picked at No. 5. Lance Klusener was picked at no. 6 by Miller while the Mumbai Indians (MI) all-rounder, Kieron Pollard takes up the second all-rounder’s slot.

Imran Tahir have been elected as the lone spinner while the pacer department comprises Brett Lee, Dale Steyn, and Lasith Malinga, in David Miller’s all-time T20 XI. David Miller didn;t got a to play a lot fo matches for Rajasthan Royals (RR) this season. 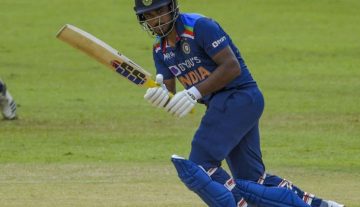