David Warner has emerged as one of the most entertaining continues to entertain his fans during this coronavirus lockdown with his fun TikTok videos. The Australian opener has shared a number of videos ranging from dancing on hit Bollywood songs to lip-syncing famous dialogues of Indian movie stars like Mahesh Babu and Prabhas.

Last month, Warner had shared a video of him dancing on Akshay Kumar’s popular song, which had become quite famous among his followers. On Saturday, the southpaw once again posted a video performing the same dance moves, however unlike last time he was accompanied by his two daughters who wanted to copy their father’s dance.

Tagging Akshay Kumar in his post, Warner captioned the video as: “When your clowns want to copy your dance #bala #thebalachallenge #akshay @akshaykumar”.

The Australian opener has put his best creative foot forward in his videos in which he has even led to him being trolled on social media, with his former teammate Mitchell Johnson among them.

After using his creative skills to entertain his fans for the last couple of months, Warner took a different route and only shared videos of other creators, with the latest being a video of Bollywood actress Shilpa Shetty, which he shared on Friday.

This led to one of his fans asking him why has he stopped making his own videos, which used to entertain a lot to his fans during this coronavirus-enforced lockdown.

Replying to a fan’s query on Friday, Warner had promised that he will continue to make entertaining videos for his followers and he kept his promise by sharing a video on the next day. 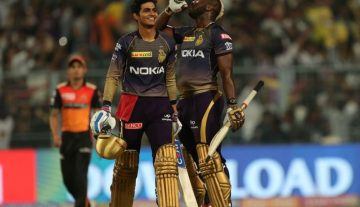