While a rumour was spreading that the friendship of Warner and Smith have been broken after that ball-tampering incident at Cape Town Test in last March, Warner has denied totally.

While the duo is currently unable to play the international and Australian domestic crickets due to their one-year suspension by Cricket Australia (CA), they are featuring in the ongoing inaugural edition of Global T20 Canada to get some match practice. In this T20 tournament, Smith is playing for Toronto Nationals while Warner is playing for Winnipeg Hawks.

Talking about their friendship, Warner stated, “Steve and me are good mates. If people hang in the hotel, they’ll see us hanging out with each other and stuff. At the end of the day, it was a big thing that happened and for us, you’ve got to handle it in your individual way and then how you handle it collectively.

After the investigations of ball-tampering incident, skipper Steven Smith and the vice-captain David Warner have been one-year suspended from the international and domestic cricket by CA due to their influential to occur that incident. Another young opening Test batsman Cameron Bancroft, who tried to change the ball condition by using sandpaper, suffered a nine-month banned from the international and domestic cricket.

Warner claimed that they were not in close to make the contact regularly during that hard period of time. However, now Warner has numerous chat with Smith as they are in the same hotel to play the T20 league.

The left-handed opening batsman said, “We haven’t really been able to catch up because he’s (Smith) been away, Cameron’s been in Perth and I’ve been doing what I’m doing and got family at home. So it’s been hard, but this has been good, we’ve had numerous chats and I’m sure we’ll hang out plenty more, we’re in the same hotel.”

The 31-year-old further admitted that it was his fault which hurts the Australian cricket and the national cricket fans very badly.

Warner said, “It definitely has been (tough), not just for me but for my family, obviously the fans out there that support cricket and Australian cricket, so I’m responsible for that, that’s my fault and why I’ve had some tough times. 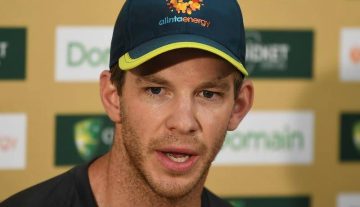