The veteran Indian off-spinner, Ravichandran Ashwin took a dig at the Australian opener, David Warner after the Indian government decided to ban TikTok. As tensions along the border continue, the Government of India on Monday announced a ban on 59 Chinese apps diverting data and those with privacy issues.

Along with Tiktok, the government has announced a ban on 59 such Chinese apps. The Indian government has decided to disallow the usage of these apps both in mobile and non-mobile Internet-enabled devices. Warner was one of the most active cricketers on TikTok after the Covid-19 pandemic forced suspension of cricketing activities. He had been posting his dance videos along with his wife and daughters on the app.

After getting on to the vertical video-sharing platform following a request from his daughters, Warner has gone on to become one of the most popular celebrities on the platform. Talking to India Today about his fun videos, Warner had said that his only aim on social media is to ring smiles on people’s faces in the time when people are trying to cope with the Covid-19 pandemic.

David Warne had said, “We have to think out of the box. For me, it was about putting smiles on the people’s faces. Through TikTok, Twitter, and Instagram, my family and I have been able to do that.” Recently, he danced on Bollywood and Tollywood numbers, enacted famous Indian movie dialogues, and got appreciated by someone like Akshay Kumar for his newly-acquired.

After the Indian skipper, Virat Kohli commented on one of his videos, Sunrisers Hyderabad captain asked him to also join the platform. There was also a moment when fellow cricketers trolled Warner for his TikTok antics but he took all the criticisms with open arm and declared his family ‘crazy’.

Fans also came in numbers to troll David warner and memes of the most ridiculous quality were shared. Here are some of the reactions:

David Warner after hearing that TikTok is banned in India#tiktokbanned pic.twitter.com/DyyhFP20AR

Plays cricket- banned for a year from playing cricket

Now a tiktoker- looses his majority of followers as govt bans tiktok.. 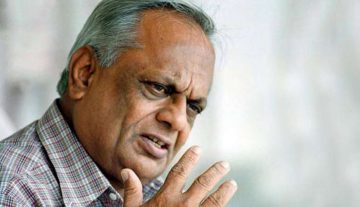