The veteran Australian opener, David Warner wants to secure the 2023 Ashes win in England and He also wants to registers a Test series win in India as well before retiring from Tests. Since being dropped by his Indian Premier League (IPL) franchise Sunrisers Hyderabad (SRH) in September, 35-year-old Warner rebounded to win Player of the Tournament during Australia’s T20 World Cup triumph in UAE.

David Warner is currently standing at the third place on the runs list in the ongoing Ashes series, with the tally of 240 runs at an average of 60. After 89 Tests and a decade at the highest level, Warner has little left to prove, but the swashbuckling southpaw still has a couple of items on his bucket list.

As per the quotes in ESPNCricinfo, David Warner said, “We still haven’t beaten India in India. That would be nice to do. And obviously, England away, we had a drawn series in 2019, but hopefully, if I manage to get that chance and opportunity, I might think about going back.”

David Warner was inspired by James Anderson as Australian opener wants to win the 2023 Ashes. Warner also said that he sees age as no barrier, and he lauded England fast bowler,  James Anderson for setting a really high benchmark in the longest format of the game.

Elaborating the same, David Warner said, “I think James Anderson sets the benchmark for older guys these days. We look up to him as we’re getting on in our days. But for me, it’s about performing to the best of my ability and putting runs on the board.”

He further added,d “In the first two Tests, I actually look like a proper batsman, it’s almost like I’ve played my career the other way and had to knuckle down and respect the bowling and the line and lengths that they were bowling and obviously, the hundred eluded me. As I said, I was out of runs not out of form, so hopefully, I can put some more numbers on the board leading into this new year.” 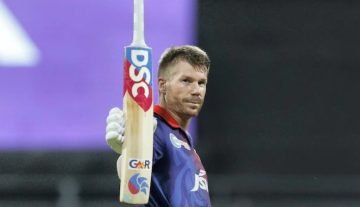