Exactly 24 years ago, former Pakistani captain, Waqar Younis, picked up his seventh ODI five-wicket haul in a thriller against New Zealand at Auckland. His spell played an instrumental role in denying victory to the home team.

Having gained an unassailable 3-0 lead in the five-match series, Saleem Malik, the then Pakistani captain, had won the toss and chose to bat. As had been the trend in the series, Pakistan posted another low score in 161-9 in their allotted quota of 50 overs.

Pakistan needed a special effort from their bowlers to win the low-scoring match. Younis drew early blood for the visitors as he sent back the openers in Blair Hartland (3) and Bryan Young (5) in the sixth over. Just when Chris Cairns and Shane Thomson were in the middle of a 57-run partnership, Younis came back from behind to dismiss Thomson on 24.

Cairns had single-handedly brought the match within winning distance but him being run-out brought back the match into the contention of both teams. With three wickets in hand and 10 runs required to win from 15 balls, it was anyone’s game from hereon.

Younis’ pinpoint bowling saw the Kiwis performing hara-kiri. He trapped Gavin Larsen (1) in front of the wickets as New Zealand lost their seventh wicket. With three runs needed off the last over, the match was still in New Zealand’s favor. With Matthew Hart (6) being dismissed on the first ball of the last over by Younis, tensions had increased in the Kiwi dressing room.

A mis-field saw New Zealand running a couple of runs and drawing level the score. Pakistan had to defend one run in four balls to prevent a loss. Dismissing Richard de Groen was the only option left for the visitors and it was what Younis did on the fourth delivery of the over to register bowling figures of 9.4-1-30-6 in which was his sixth ‘Man of the Match’ award in ODIs.

The biggest turn-off for New Zealand would have been the fact that they were reduced from 142-4 to 161-10. It was the eighth tied ODI and the first one which was played in New Zealand. 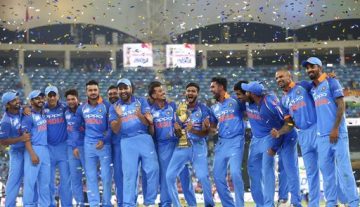