India may have not won the 2019 World Cup, but they still managed to fetch some memorable records in the tournament and one of the memorable ones was, the Indian fast bowler, Mohammed Shami claiming his maiden hat-trick in World Cup. On this day, 22nd June 2019, the bowler scalped hat-trick against Afghanistan. Shami went on to become the second bowler from India to claim a hat-trick in the 50-over World Cup after Chetan Sharma.

Shami’s exploits in the game helped the men in blue to register a win against Afganistan by 11 runs at Rose Bowl in Southampton. Chasing a modest target of 225 runs, Afghanistan started on a rough note as they lost a couple of quick wickets in middle-order. After those quick wickets, Asgar Afghan and Mohammad Nabi made an attempt of rebuilding the innings but Afghan was dismissed by the brilliance of the leg-spinner Yuzvendra Chahal.

Nabi didn’t give-up from one-end and built brief partnerships with Najibullah Zadran (21) and Rashid Khan (14). Shami bowled the final over of the inning and Nabi hit a boundary on the first delivery. But Nabi gave away an easy catch to Hardik Pandya at long-on on the third delivery which ended his 52-run inning.

Mohammed Shami finished things in style with a hat-trick 💥

Log in to the ICC vault to watch exclusive extended highlights of the match 📽️ https://t.co/nSKrA5omVh pic.twitter.com/6egkvk7SMr

However, on that day, Shami then continued his sublime form and took another couple of wickets to complete his hat-trick as he bowled both Aftab Alam and Mujeeb Ur Rahman respectively. The 29-year-old returned with figures of 4-40 in his 9.5 overs. Asgar Afghan and Mohammad Nabi tried to build the innings but the former ended up losing his wicket to spinner Yuzvendra Chahal.

Nabi kept going from one-end and built brief partnerships with Najibullah Zadran (21) and Rashid Khan (14). However, it was the final over form Shami when Nabi hit a boundary on the first delivery. On the third delivery, Nabi gave away an easy catch to Hardik Pandya at long-on, ending his 52-run knock. The 29-year-old returned with figures of 4/40 in his 9.5 overs.

Earlier, Afghanistan displayed a spirited bowling performance to restrict India to 224 runs for the loss of eight wickets in the allotted fifty overs after being asked to bowl first. Virat Kohli played a valuable knock of 67 runs while Kedar Jadha scored 52 runs. 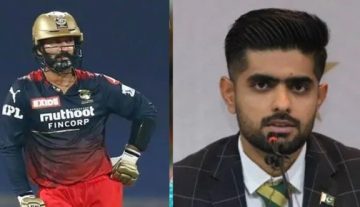