Delhi Capitals (DC) have managed to reach the final of the Indian Premier League (IPL) for the first time in 2020 after defeating the spirited Sunrisers Hyderabad (SRH) by 17 runs in Qualifier 2. The Shreyas Iyer-led side started off well after deciding to bat first owing to useful contributions from Shikhar Dhawan, Marcus Stoinis and Shimron Hetmyer. The bowlers then just about did the job defying stalwart like Kane Williamson to set the finals’ date with Mumbai Indians (MI) on November 10.

DC had to do with their issues chasing a score. Irrespective of the intent of batting first, it worked for them and the new opening pair of Stoinis and Dhawan got the team off to a brilliant start. The former opened up after being dropped on 3 by Jason Holder and Stoinis made SRH pay for it. Dhawan also found his touch after getting dismissed on a duck against Mumbai Indians (MI) and they started smashing the SRH bowlers in the powerplay.

Stoinis and Dhawan added more than 60 runs in the first six overs and forced David Warner to introduce Rashid Khan early into the attack. As expected, the leggie managed to scalp Stoinis to break the 86-run opening partnership. However, Iyer also managed to add just 21, before losing his wicket to Jason Holder in the 14th over. The likes of Shimron Hetmyer and Dhawan took him apart later in the innings as Holder ended up conceding 50 runs in his four overs.

In the meantime, Dhawan amassed another fifty while Hetmyer, making a comeback, also batted with freedom. SRH bowled the last couple of overs well by conceding 13 runs as the Capitals ended on 189 runs for the loss of three wickets in 20 overs. While Dhawan was dismissed on 78 with six fours and two sixes, Hetmyer smashed an unbeaten 42 off just 22 balls.

SRH needed a fiery start while chasing a mammoth total of 190 runs, but Kagiso Rabada castled David Warner with the first ball of his spell. Priyam Garg started off well hitting a couple of sixes, but Marcus Stoinis bowled a superb delivery to send him back in the fifth over. Manish Pandey also scored some quick runs off the same bowler but failed soo after.

At 44/3, SRH was in deep trouble and then Kane Williamson started smashing shots with perfection and there to stay in touch with the net run-rate. But he lost Jason Holder in the 12th over to end the 46-run partnership. Abdul Samad came out then and hit some lusty blows to take his partner Williamson in confidence. Meanwhile, the Kiwi skipper brought down to equation down to 51 off the last four overs with a place in the final at stake.

However, SRH’s chances took a hard hit when Stoinis managed to dismiss Williamson who scored a sublime 67. The Delhi Capitals premier pacer, Kagiso Rabada came out to bat the penultimate over and he picked three wickets in the over. Eventually, SRH ended on 172 in their 20 overs.

Finally Delhi get to feature in an #IPL final!!!#DCvSRH #SRHvsDC #IPL2020

You will see @DelhiCapitals dominating the @ipl for the next few seasons,regardless of what happens in the final. Well done on reaching the #ipl finals for the first time👏👏

It has taken 13 seasons for @DelhiCapitals to reach their maiden IPL final.

SRH can be very proud of this season. So many problems with injuries but fought well. Gabbar special was needed for DC to reach finals.#SRHvsDC #IPL2020

The #RanjiTrophy rivalry of Mumbai-Delhi is well known.
Will the #IPL2020 final be the beginning of a new #MI #DC rivalry albeit a different format when the two Mumbai
players lead the respective sides this coming Tuesday.#DCvSRH #SRHvsDC #IPL2020 #Dream11IPL#IPlinUAE

Boys we did it 👏👏👏@DelhiCapitals finally made it to the finals!! 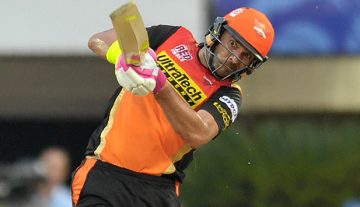