An overseas player of the Delhi Capitals (DC) has tested positive for the coronavirus during a Rapid Antigen Test conducted on Monday morning. According to the reports of the Indian Express, the overseas cricketer complained of headache and slight fever. The development has prompted the Board of Control for Cricket in India (BCCI) to advise Delhi Capitals to put their departure to Pune on hold before another round of RT-PCR Testing on Monday.

If the positive result is confirmed by the RT-PCR test, it will be the third such case in the DC camp. On Friday, Delhi Capitals physio Patrick Farhart tested positive and a day later, a masseur tested positive for the virus. Both the members of the support staff were separated from the rest of the team. Delhi Capitals are scheduled to meet Punjab Kings at Pune’s Maharashtra Cricket Association Stadium on Wednesday evening.

ALSO READ: Amit Mishra planning to make a strong comeback in the next season of the IPL

According to the reports of PTI, the Australian all-rounder, Mitchell Marsh has contracted corona. He was injured while the Australian team was on a tour of Pakistan. After playing the series against Pakistan, Marsh arrived in Delhi for the IPL. Marsh was in touch with Delhi Capitals physio Patrick Farhart to get fit.

The biggest worry for the BCCI is to control the virus from spreading across the teams and they are now working to chalk out another plan. On Saturday, for the Delhi Capitals-Royal Challengers Bangalore game, the BCCI had given directions to the players that there would be no handshakes or hugging between players of both the teams to avoid any possible transmission.

The players from different teams usually congregate for a chat after games before they disperse. The Delhi players were advised to maintain social distancing during chats and the use of masks has been recommended. The non-playing team members watching the game from the stands were suggested to wear face masks throughout the match, except when eating or drinking.

ALSO READ: Here is how Mumbai Indians can still reach to the playoffs in IPL 2022 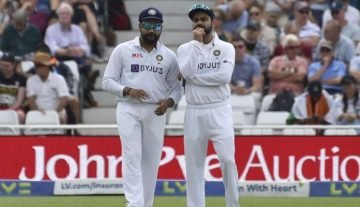