Royal Challengers Bangalore (RCB) opener, Devdutt Padikkal revealed that he has recovered completely and ready to play after contracting COVID-19 before the commencement of the ongoing Indian Premier League (IPL) 2021 season. He underwent home quarantine and he was allowed to join the RCB bubble in Chennai after returning three negative coronavirus tests.

Talking about the same in the video posted by the franchise, Devdutt Padikkal said, “Covid was a setback, I wished that it did not happen but that is something I could not control so once it was there, I had to accept the way it was. It was just about making sure that I stay fit and be ready for the game. I am completely fine now, most importantly I am able to move around. Unless you are 100 percent, you cannot push yourself so I just wanted to make sure that I am 100 percent.”

Talking about replicating his performance from domestic cricket to IPL, Padikkal said, “It has been a roller coaster to an extent. Last IPL was amazing for me and it was such a great experience. The opportunities I got and the fact that I was able to contribute to the side were all that mattered. After that, Syed Mushtaq Ali was decent, and then Vijay Hazare, I was just looking to get into my rhythm, it was really great to have the runs behind me coming into the IPL. “

The left-handed batsman had a good build-up to the IPL as he was the second-highest run-getter in the Vijay Hazare Trophy. He finished with a tally of 737 runs.

Padikkal said, “My favorite innings would be against Mumbai which we had in Abu Dhabi last season. I felt that it was the best that I batted throughout the IPL, but in terms of being the most memorable, it could be the first one because the debut is a special feeling and to be able to get fifty in the first match, always feels good.” 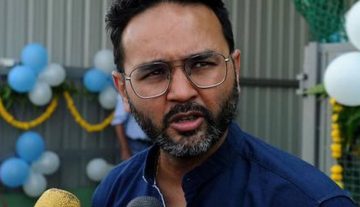