The Indian batsman Karun Nair had a dream start to his international career as he scored a triple-century against England in his third Test in Chennai. However, he failed to replicate the same level of cricket in his career when Australia came to India in March 2017. Nevertheless, he made a comeback in the national team in the historic Test against Afghanistan in Bangalore.

Unfortunately, Karun didn’t play the match. Thereafter, he was included for the tour of England as well. But, unfortunately, despite India’s poor performance with the bat, he wasn’t featured in any of the Tests. Recently, he was dropped from the squad for the upcoming Test series against the Windies, starting October 4 and former Indian cricketer Dilip Vengsarkar found the move as baffling, to say the least.

ALSO READ: Karun Nair claims he had no conversations with the selectors

Hanuma Vihari became the first player from Andhra Pradesh after MSK Prasad to don the national colors and he was drafted in on the backs of some impressive performances at the domestic level as well as for India ‘A’. Vengsarkar mentioned that Karun not getting an opportunity despite being in the squad is demeaning for the middle-order batsman.

The veteran explained, “However, since then, he has been out of the playing eleven, and even when he was in the squad, Vihari was flown in from India and was preferred to Karun for the last Test at the Oval, which I feel is not only demeaning for the batsman but most unfair. Only the wise men of Indian cricket can explain why such a treatment is being meted out to a Test triple centurion. The entire case is quite intriguing.” 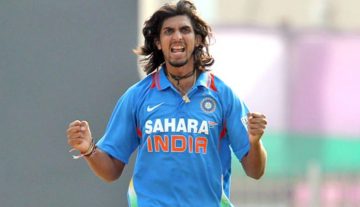 News
By CricShots - Aug 5, 2020
Ishant Sharma Eyeing To Make A Comeback In ODIs For India