Former player Dilip Vengsarkar on Tuesday praised the new concept of Day-Night Tests in India, which will take place from November 22 in Kolkata.

“It (Day Night Test) is a good thing, we will have to wait and see at the end of the day on how it goes. Of course, there will be dew factor. So I don’t know how it will work, but I hope it goes well because it is good for Test cricket. We needed these changes to get the people back watching Test cricket,” Vengsarkar told reporters.

While he was asked whether dew will be a factor, Vengsarkar said, “We will come to know only after the Test match, but it is good to start something. We saw in Australia how huge a success it was, so I am sure people of India will also lap it up. It is the way to revive Test cricket and get the crowds in.”

“You have to think of nothing expect getting used to the ball, practice with the pink ball and focus on spinning, you cannot worry about factors beyond your control. One single ball, whether it is white, pink or red should not change your approach. Basics should never change for you as a spinner,” Doshi further said.

“Praising the concept of Day/Night Tests, he said, “It is going to bring the crowd back, because everything needs to be marketed well today. Test cricket should not die because if Test cricket is dead, cricket will be dead. Test cricket is the proper diet without which you can’t survive.”

He also blamed the T20 games for.

“There is so much of T20 that the mindset is also being transferred into Test cricket. So the same people who are playing T20, when they play Test cricket lose their footwork. I don’t see Dravids, Gangulys, Laxmans, Tendulkars, Sehwags anymore,” he said.

“Most of the current batsmen do not work on footwork anymore, today a lot of batsmen are using bat-speed and arm-speed to make the ball disappear and that has become the norm in international cricket, that is why most of the teams are good at home and do not win overseas. Today there are great strikers of the ball but not necessarily great batsmen,” Doshi concluded. 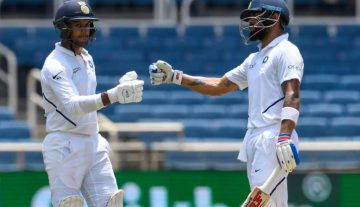