Article
Dinesh Chandimal High On Ambitions Ahead Of The Test Series
By CricShots - Nov 14, 2017 8:31 am
Views 0

Sri Lankan skipper Dinesh Chandimal wants to defeat India in India in the upcoming 3-match series commencing on Thursday, in Eden Gardens, Kolkata, despite being underdogs. Team India is yet to lose a Test from last 6 matches.

The Islanders lost all nine matches — three Tests, 5 ODIs, and a T20I against India from late July to September.

Talking to the reporters ahead of the first Test in Eden Gardens, Kolkata, Chandimal said, “We did really well against Pakistan and the boys are in a good shape. We know India are the number one team at the moment and have seen them play some really good cricket in the last two years. This will be a challenging series for us. We have never won a Test in India. So it’s a dream for us to win one this time. We need to start well in this series.”

In 2017, Sri Lanka lost all 3 home Tests against India inside four days and Chandimal termed it as their “worst ever” series. Even Coach Nic Pothas, who took over after Graham Ford left in June, said the India debacle had taught his team vital lessons, he said, “We learnt how Indian team does well and the areas we needed to improve. It’s internal – the discipline, the culture and how the teams stick together.”

In the practice game of the tour against, Board President’s XI, Sri Lanka got a good start as Dimuth Karunaratne, Angelo Mathews and Niroshan Dickwella scored half-centuries in Kolkata.

On the other hand, Virat Kohli and his men are looking to maintain their top Test ranking and continue their winning run on home soil. They have not lost a home series in any format since 2015 when they were beaten by South Africa in ODIs.

Sri Lanka will be India’s last home challenge before heading off on tough tours to South Africa followed by England in 2018. 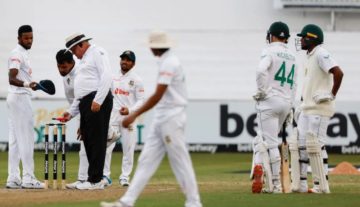