With no cricket going on, all the cricketers have a lot of free time on their hands right now.  Many cricketers have also been proactive on their social media in the past few weeks due to the lockdown.  On Thursday, India wicketkeeper-batsman Dinesh Karthik picked his all-time IPL XI.

The KKR captain named the famous dynamic Indian duo of the explosive Virender Sehwag and cricketer-turned-politician Gautam Gambhir as his IPL openers.

Dinesh Karthik wants India skipper Virat Kohli  to accommodate the No 3 slot. He has left the no 4 slot for the captain of IPL side Rohit Sharma. The Indian duo were his teammates at Royal Challengers Bangalore and Mumbai Indians respectively.

Kartik opts for himself  behind the stumps. Following on, the Tamilnadu cricketer decides to go with his KKR teammates and West Indians Andre Russell and Sunil Narine.  Karthik’s pace attack consisted of  Glenn McGrath, Mitchell Starc, and Jasprit Bumrah with Chahal as the lone spinner to complete his 11.

Speaking with Cricbuzz in the interview, the Indian wicket-keeper also spoke about his IPL heartbreak before the inaugural season. Kartik spoke about how disappointed he was when CSK  chose Dhoni over him in IPL 2008.

“The first name I saw picked (by CSK in the first IPL auction) was MS Dhoni, for 1.5 million. He was sitting right down the corner from me. He didn’t even tell me a word that he was going to be picked by CSK. I guess he didn’t know, but that was the biggest dagger to my heart,” Karthik said. 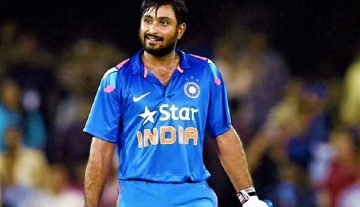