Kolkata Knight Riders (KKR) skipper, Dinesh Karthik said the team will be motivated to win the Indian Premier League (IPL) title, as it’ll help the people of West Bengal who have ‘gone through a lot’. Karthik said the entire team has an emotional connection with Kolkata and pointed out that the fans are proud of the 2-time champions.

The city of Kolkata and other parts of West Bengal suffered some huge blows by Super Cyclone Amphan that led to the loss of lives and property. The state was hit by the powerful cyclone even as the country was battling the spread of the Covid-19 pandemic.

During the sidelines of the launch of KKR’s Sahayata Van initiative, Dinesh Karthik said, “We are definitely emotionally very attached to Kolkata. They are really proud of us. The state has gone through a lot in the last couple of months. So I think winning the IPL, is the least we can do for the state.”

Karthik also sheds light on the postponement of IPL 2020, saying dew will be an issue whenever they play in Kolkata.

The KKR skipper explained, “We don’t know yet. Even if the IPL happens, is it going to be like the home and away basis or it’s going to be held in one centre. There are a lot of variables to this. But even when we play in the month of April-May, I can tell you that Kolkata has a strong amount of dew so teams like to chase.”

On Thursday, Board of Control for Cricket in India (BCCI) president Sourav Ganguly said the apex body is hopeful of hosting the Indian Premier League later this year. During a chat with India Today, IPL governing council chairman Brijesh Patel said the BCCI is looking to host the 13th edition of the league during the September-October window.

Patel added that the BCCI will take a call only after the International Cricket Council (ICC) decides on the fate of the T20 World Cup which is scheduled to be held from October 18 to November 15 in Australia. 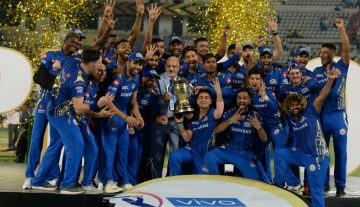