Veteran Team India wicketkeeper-batter Dinesh Karthik has revealed that T20 cricket is a “completely different beast” now compared to 2006 when he played for the first time in India’s first-ever T20I match which was a one-off match against South Africa in Johannesburg on December 1, 2006. And, Karthik was the Player of the Match in that game for his 31 not out off 28 as India chased down 127 with six wickets to spare. More than 15 years on, he is the only player from either side who is still active in international cricket as well.

In a recent video uploaded on bcci.tv, Dinesh Karthik said: “It’s almost a decade and a half, so a lot of things have changed. It’s a good feeling to know that you played the 1st T20I (India’s first T20I) and then obviously to come back and play against South Africa. Cricket has completely changed from what it was 15 years ago to what it is right now, especially this format. The fact that I have been part of it and seen it grow through various phase. It’s a completely different beast than what it used to be. To still be around and enjoy this, be part of the national team, I have no prouder way of putting it. Representing India means the most to me, and I am lucky to be here.”

However, Dinesh Karthik has been dropped from the Indian team after a series of poor performances in the 2019 World Cup, but he was recalled for the ongoing T20I series against South Africa. He had an amazing Indian Premier League 2022 season while playing for the Royal Challengers Bangalore (RCB), scoring 330 runs which came at a strike rate of 183.33 as well. 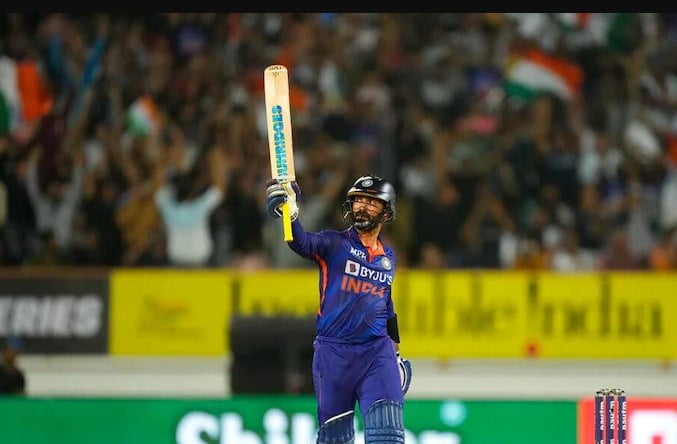 “It’s an incredible atmosphere and team to be part of. For three years now, I have been looking from outside. I know what a special feeling it is to be part of this team. I am very grateful and enjoying every second that I am here. I have been dropped so many times and I have always wanted to come back into the Indian team. That has been my biggest drive. Whether I have played domestic (cricket), whether I have played IPL, the fire in the belly in terms of wanting to come back here and wear the national colors and represent India is something that I dream of every day. That has kept me going consistently in the last decade,” Dinesh Karthik signed off.

News
By SMCS - Oct 1, 2022
Ellyse Perry Shares Her Views on Running Out Non-striker While Backing up